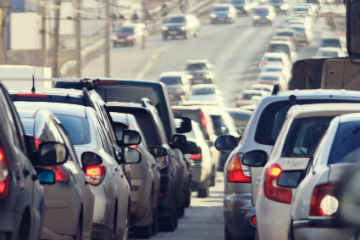 Certain technologies go from being almost unimaginable to commonplace in what seems like the blink of an eye.

For example, it was a relatively short time between when microwave ovens were introduced and when they became a standard appliance. Similar changes were brought about by the introduction of refrigerators, televisions, cellphones and personal computers.

One of the next technologies that is likely to have similarly large and unforeseen effects is self-driving, or autonomous, cars. When it comes to driverless cars, the question is no longer “if” but “when.”

How will autonomous cars change our lives?

As a computer science professor at The University of Texas at Austin specializing in artificial intelligence, I have been conducting research on autonomous vehicles since 2003. I don’t pretend to have all the answers — nobody knows for sure — but it’s clear that we won’t simply treat the cars as driverless versions of our current cars.

For one thing, people who are not currently independently mobile will be able to “drive.” The elderly and the vision-impaired will have increased independence when it comes to transportation, as will children. I’m sure that more than one parent will relish the thought of the children getting to soccer practice on their own.

But perhaps more importantly there are more far-reaching effects that may emerge, and road project managers and policymakers would be wise to take notice.

My colleagues and I have been actively considering the possible opportunities for reducing traffic congestion, and thus indirectly fuel usage and emissions.

At intersections, driverless cars may be able to coordinate so finely with one another that cars barely need to decelerate when approaching an intersection, and seldom, if ever, need to stop.

The direction of lanes could be changed dynamically on a minute-by-minute timeframe based on how many cars are travelling in each direction on a road. And novel pricing mechanisms may make it possible to incentivize more off-peak travel, and to encourage distribution of trips such that fewer roads get clogged.

Similarly, on highways, reliable vehicle-to-vehicle communication could allow for reduced spacing between vehicles, and speed harmonization.

Advances such as these could significantly increase the capacity of our current roadway infrastructure, some say by as much as 50 percent. Though hard to envision such a change, the Texas Department of Motor Vehicles and tollway authorities across Texas would be well-advised to consider all of these possible changes when planning new infrastructure in the coming years, such as the proposed Trinity Parkway project.

Of course there are many other benefits and questions as autonomous vehicles become more commonplace.

If cars can drive themselves, will we still need parking garages downtown? Or will unused cars make their way to parking lots in more remote locations? Will the cars even need to park? Car sharing services such as Car2Go may become much more appealing if the car can meet you at your trip’s origin. Perhaps many more people will forego private ownership in favor of car sharing.

If drivers don’t need to pay attention when driving, commuting by car may become more like commuting by train, providing extra time for reading or work. Will this effect encourage more people to live farther out in the suburbs since they won’t mind the long commute?

During the past few years, Texans along with the rest of the nation have gradually begun to realize that self-driving cars are an impending reality. It is no longer just Hollywood that is considering the potential implications, but now legislators, lobbyists and insurance companies.

Although it’s hard to predict the future with driverless cars, I do believe strongly that autonomous cars will be on the market before long; that once they are, they will quickly become commonplace; that they will bring about many changes to our Texas cities, roadways and lifestyles; and that we all must adapt quickly. We will tell our disbelieving children and grandchildren that we remember when cars needed to be driven by people.

Peter Stone is a professor of computer science at The University of Texas at Austin.

A version of this op-ed appeared in the Dallas Morning News.