AUSTIN, Texas — Researchers have found that parts of the western Solomon Islands, a region thought to be free of large earthquakes until an 8.1 magnitude quake devastated the area in 2007, have a long history of big seismic events.

The findings, published online in Nature Communications on Tuesday, suggest that future large earthquakes will occur, but predicting when is difficult because of the complex environment at the interface of the tectonic plates.

The team, led by researchers at The University of Texas Austin, analyzed corals for the study. The coral, in addition to providing a record of when large earthquakes happened during the past 3,000 years, helped provide insight into the relationship between earthquakes and more gradual geological processes, such as tectonic plate convergence and island building through uplift. 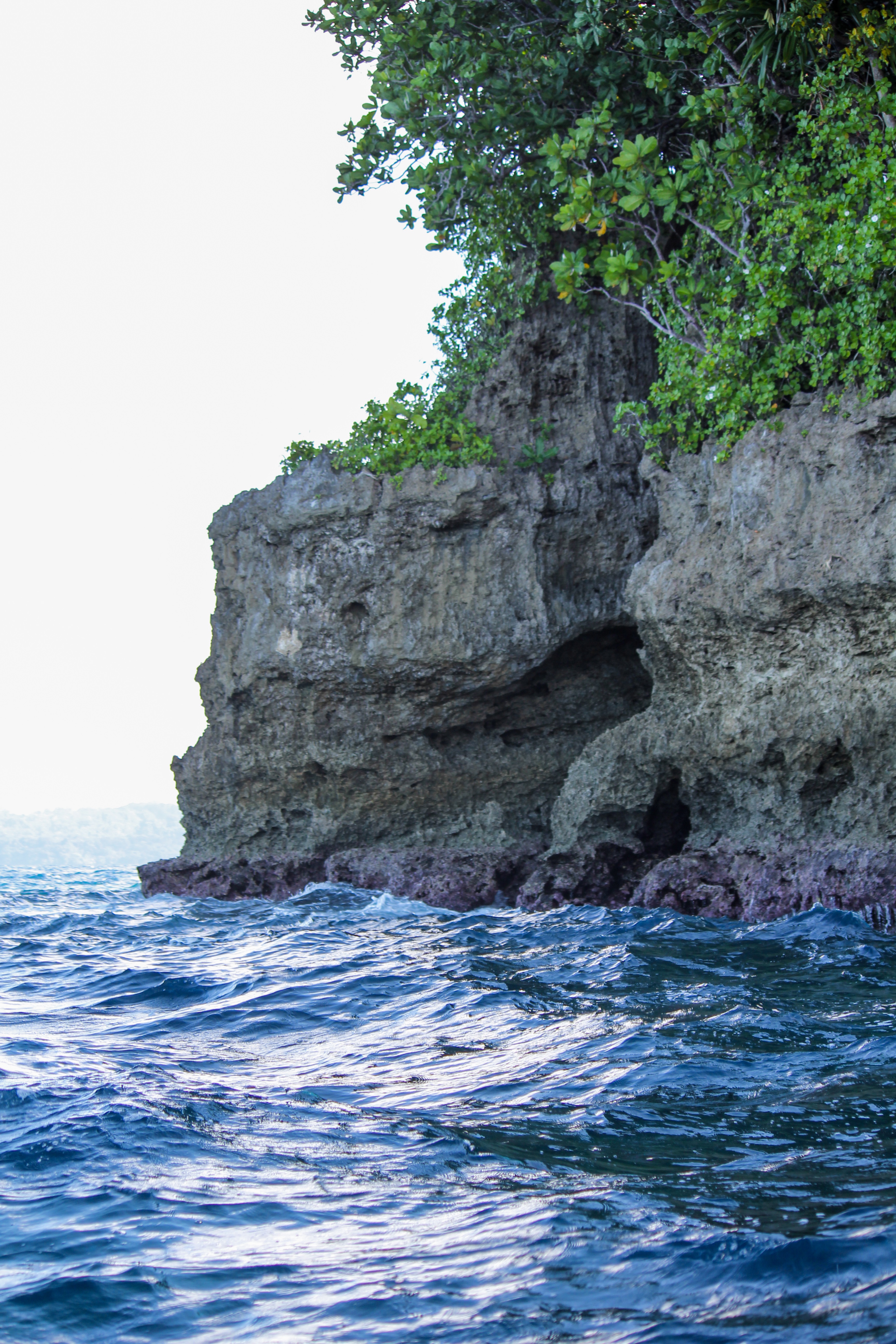 The terraced appearance of this cliff in the Solomon Islands is a sign of uplift. Each indentation, called a notch, was once at sea level—the notches were caused by erosion of the sea against the rock. Geological events such as earthquakes are gradually lifting the rock higher and higher.

“We’re using corals to bridge this gap between earthquakes and long-term deformation, how the land evolves,” said lead researcher Kaustubh Thirumalai, a doctoral student at the University of Texas Institute for Geophysics (UTIG), a research unit within the Jackson School of Geosciences.

The 2007 event was the only large earthquake recorded in 100 years of monitoring the region that started with British colonization in the 1900s. While studying uplifted coral at multiple sites along the eastern coast of the island of Ranongga the researchers found evidence for six earthquakes in the region during the past 3,000 years, with some being as large as or larger than the 2007 earthquake.

“This just shows the importance of paleoseismology and paleogeodesy,” Thirumalai said. “If we have 100 years of instrumental data saying there’s no big earthquakes here, but we have paleo-records that say we’ve had something like five giant ones in the last few thousand years, that gives you a different perspective on hazards and risk assessment.”

During an earthquake, land near its epicenter can be lifted as much as several meters. When the land is shallow-water seafloor, such as it is around the islands, corals can be lifted out of the water with it. The air kills the soft polyps that form coral, leaving behind their network of skeletons and giving the uplifted corals a rock-like appearance.

Uplifted coral make good records for earthquakes because they record the time an earthquake occurs and help estimate how strong it was. The coral’s time of death, which can be deduced through a chemical analysis similar to carbon dating, shows when the earthquake occurred, while the amount of uplift present in the land where the coral was found gives clues about its strength.

“If we have multiple corals going back in time, and we can date them very precisely, we can go from one earthquake, to many earthquakes, to thousands of years of deformation of the land,” Thirumalai said.

The UTIG research team comprised Thirumalai, Frederick Taylor, Luc Lavier, Cliff Frohlich and Laura Wallace. They collaborated with scientists from National Taiwan University, including Chuan-Chou “River” Shen, an expert in coral dating, and researchers from the Chinese Academy of Science; the Department of Mines, Energy and Water Resources in the Solomon Islands; and locals who live on Ranongga Island. 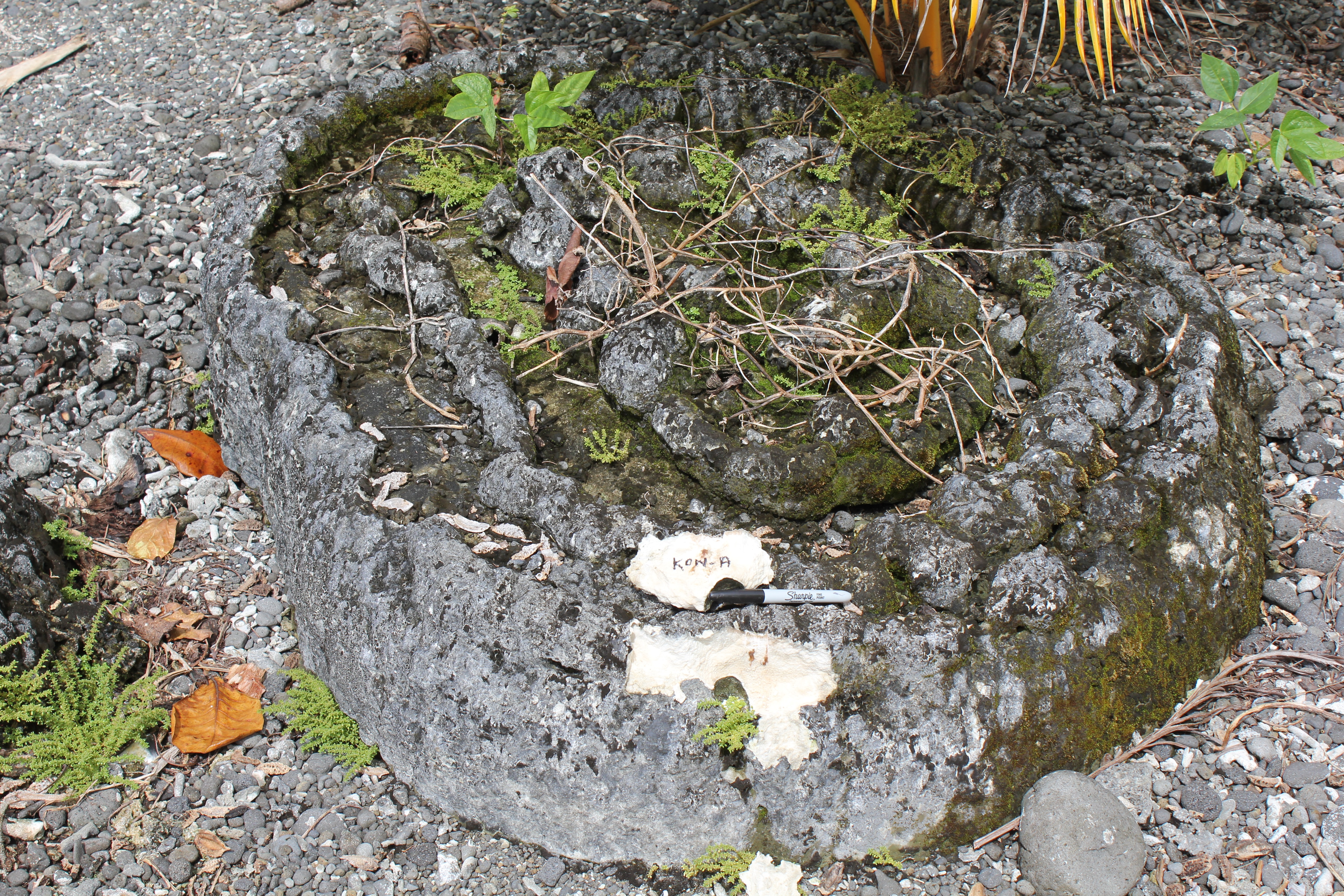 Weathering and moss can make uplifted coral blend into the background, making it look like rocks. Underneath the exterior layer the coral remains a bright white from calcium carbonate, the primary compound of coral skeletons. Kaustubh Thirumalai

The earthquakes in the region are a result of plate tectonic motion near the island; only four kilometers offshore the Pacific Plate starts to subduct beneath the Australian Plate. A theory of island building says that uplifts during earthquakes are one of the main drivers of land creation and uprising.

However, the earthquake record suggested by the corals was not enough to account for the measured rate of tectonic convergence. This suggests that other geological processes besides those that directly cause earthquakes play an important role in tectonic plate movement and uplift of the islands.

Learning the detailed relationship between earthquakes and these forces will take more research, said Thirumalai. But this study has shown uplifted coral are important geological tools.

Data collected during a rapid-response mission to study uplifted corals in the wake of the 2007 earthquake served an important role in the research, Thirumalai said. The mission, which Taylor led and the Jackson School funded, provided data that served as a benchmark for analyzing the strength of earthquakes that happened before 2007.