AUSTIN, Texas — Researchers for the first time have used seismic sensors to track meltwater flowing through glaciers and into the ocean, an essential step to understanding the future of the world’s largest glaciers as climate changes.

The University of Texas Institute for Geophysics (UTIG) helped pioneer this new method on glaciers in Greenland and Alaska. The study will be published Aug. 10 in the journal Geophysical Research Letters.

Meltwater moving through a glacier into the ocean is critically important because it can increase melting and destabilize the glacier in a number of ways: The water can speed the glacier’s flow downhill toward the sea; it can move rocks, boulders and other sediments toward the terminus of the glacier along its base; and it can churn and stir warm ocean water, bringing it in contact with the glacier.

“It’s like when you drop an ice cube into a pot of warm water. It will eventually melt, but it will melt a lot faster if you stir that water,” said Timothy Bartholomaus, a postdoctoral fellow at UTIG and the study’s lead author. “Subglacial discharge provides that stirring.”

The new technique offers scientists a tool for tracking meltwater at glaciers that end in the ocean, called tidewater glaciers. Unlike landlocked glaciers, where scientists can simply measure the meltwater flowing in glacial rivers, there previously had not been a method available to track what’s occurring within tidewater glaciers.

UTIG is a research unit of The University of Texas at Austin Jackson School of Geosciences. 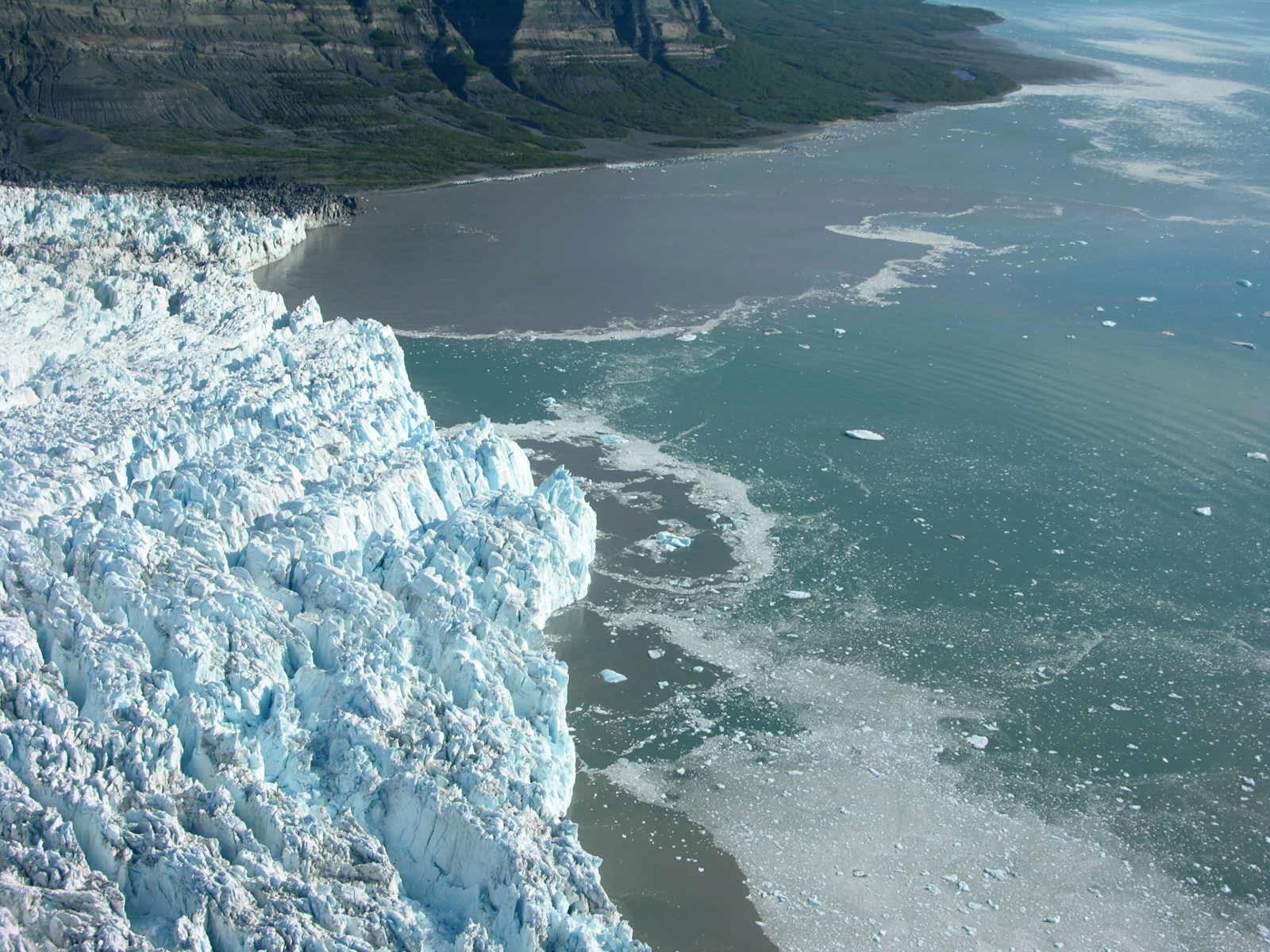 The brown water that can be seen at the top of the picture is the subglacial discharge, or meltwater, that has flowed through Alaska’s Yahtse Glacier and into the ocean. Scientists at The University of Texas at Austin have pioneered a method to track meltwater flowing through glaciers that end in the ocean.

The team discovered the new method while trying to study earthquakes caused by iceberg calving — when large chunks of ice break off glaciers. Bartholomaus said the ability to identify these earthquakes, known as icequakes, varied over the season, and that they were much more difficult to detect during summer because seismic background noise was obscuring the icequake signals.

The team set about trying to determine what was causing the background noise, investigating potential causes such as rainfall, iceberg calving and the movement of the glacier over the ground. Eventually, as the researchers discounted these theories, they discovered that the seismic vibrations being detected by the equipment was caused by meltwater percolating down through the glacier and weaving its way through the complicated plumbing system in the interior of the ice.

Researchers tested the theory on glaciers with meltwater rivers and found that the timing of the meltwater and the seismic signals synced perfectly. The method is very good at identifying when the glacial discharge is flowing into the ocean, Bartholomaus said, but it will take more research to determine exactly how much water is flowing out.

“Now that we know when subglacial discharge is faster or slower, we can make better measurements of glacier change,” Bartholomaus said. “My hope is that this method will really help us understand how the glaciers and the oceans are coupled, and how the ocean might be affecting the behavior of tidewater glaciers.”