ATACAMA DESERT, Chile — Leaders and supporters from The University of Texas at Austin’s McDonald Observatory, along with representatives from an international group of partner universities and research institutions, are gathering on a remote mountaintop high in the Chilean Andes today to celebrate groundbreaking for the Giant Magellan Telescope (GMT).

The ceremony marks the commencement of on-site construction of the telescope and its support base. The GMT is poised to become the world’s largest telescope when it begins early operations in 2021. It will produce images 10 times as sharp as those delivered by the Hubble Space Telescope and will address key questions in cosmology, astrophysics and the study of planets outside our solar system.

“We are thrilled to be breaking ground on the Giant Magellan Telescope site at such an exciting time for astronomy,” says Dr. Taft Armandroff, GMT board chair and director of McDonald Observatory. “With its unprecedented size and resolving power, the Giant Magellan Telescope will allow current and future generations of astronomers to continue the journey of cosmic discovery.”

The GMT will be located at Las Campanas Observatory in Chile’s Atacama Desert. Known for its clear, dark skies and outstanding astronomical image clarity, Las Campanas is one of the world’s premier locations for astronomy. Construction crews will soon be busy on the site building the roads, power, data and other infrastructure needed to support the observatory. 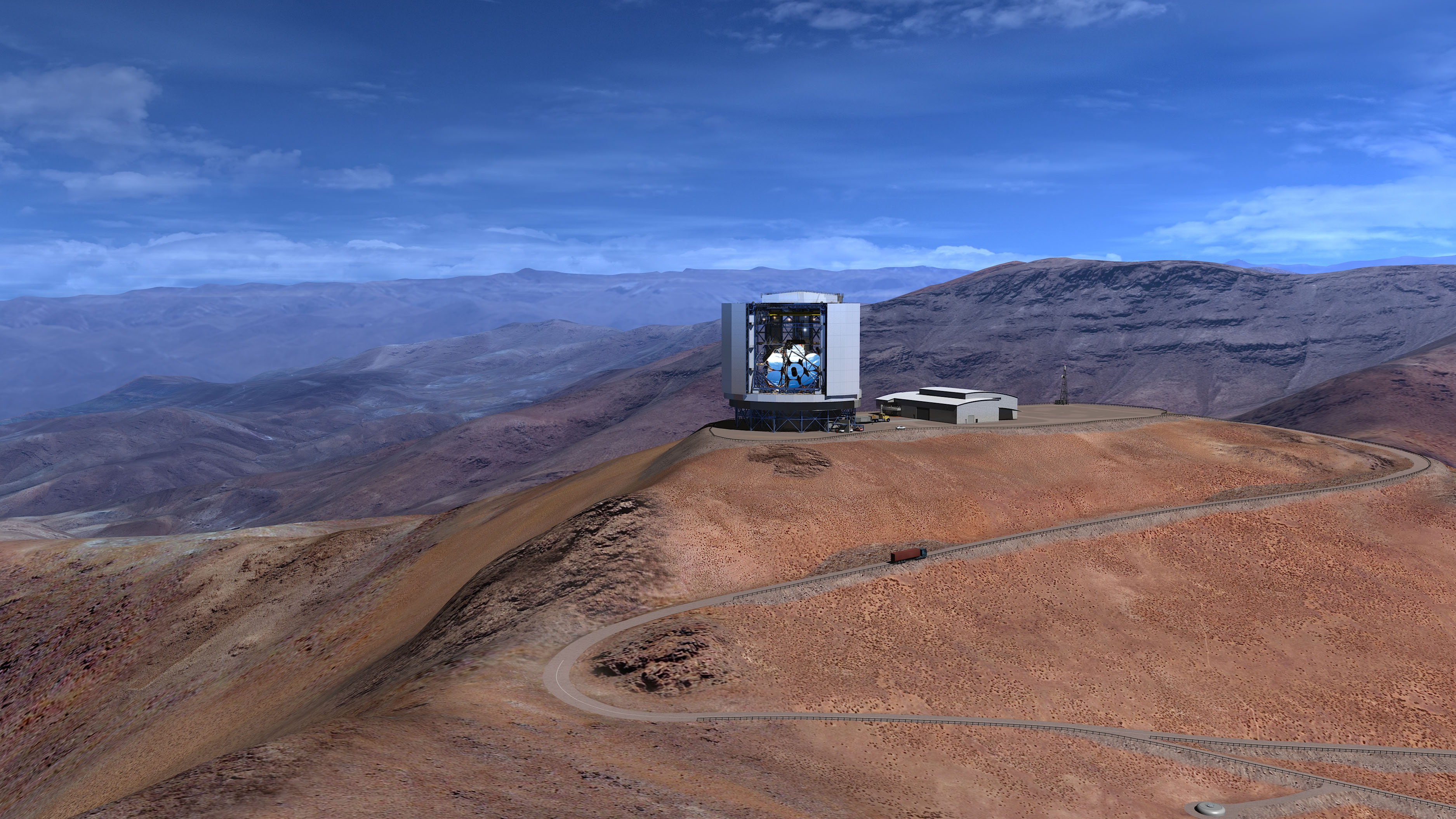 The unique design of the telescope combines seven of the largest mirrors that can be manufactured, each 8.4 meters (27 feet) across, to create a single telescope effectively 25 meters (82 feet) in diameter. The giant mirrors are being developed at the University of Arizona’s Richard F. Caris Mirror Laboratory. Each mirror must be polished to an accuracy of 25 nanometers (one-millionth of an inch).

One giant mirror has been polished to meet its exacting specifications. Three others are being processed, and production of the additional mirrors will be started at the rate of one per year. The telescope will begin early operations with these first mirrors in 2021, and the telescope is expected to reach full operational capacity within the next decade.

“An enormous amount of work has gone into the design phase of the project and development of the giant mirrors that are the heart of the telescope. The highest technical risks have been retired, and we are looking forward to bringing the components of the telescope together on the mountain top,” says Patrick McCarthy, interim president of the GMT Organization.

The GMT will enable astronomers to characterize planets orbiting other stars, witness early formation of galaxies and stars, and gain insight into dark matter and dark energy. The GMT’s findings probably will also give rise to new questions and lead to new and unforeseen discoveries.

The GMT Organization board of directors officially approved the project’s entry into the construction phase in early 2015 after the 11 international founders committed more than $500 million toward the project. Founders come from the U.S., Australia, Brazil and South Korea, with Chile as the host country.

“With today’s groundbreaking, we take a crucial step forward in our mission to build the first in a new generation of extremely large telescopes. The GMT will usher in a new era of discovery and help us to answer some of our most profound questions about the universe,” says Dr. Charles Alcock, GMT Organization board member and director of the Harvard-Smithsonian Center for Astrophysics. “We are pleased to celebrate this momentous milestone with our Chilean colleagues, our international partners and the astronomical community.”

Note to editors: Images and animation of the GMT, as well as video interviews with GMTO partners, are available: http://www.gmto.org/gallery.