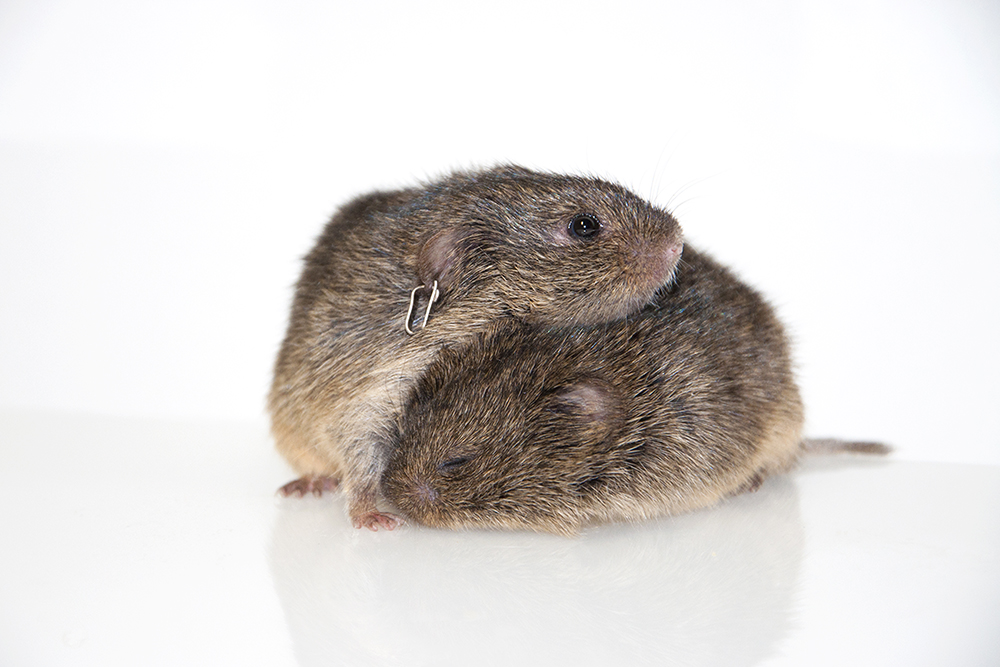 A pair of voles. One bears an ear tag that is used as a unique identifier for the vole. Photo by Aubrey Kelly/Cornell University.

AUSTIN, Texas – Researchers at The University of Texas at Austin have found that natural selection drives some male prairie voles to be fully monogamous and others to seek more partners. The surprising contrasts in the animals’ brains result from differences in their DNA.

The study, published this week in Science, compares faithful males with their less devoted counterparts and finds genetic differences in their brains. Just as people can be introverted or extroverted, prairie voles can be more or less prone to sexual fidelity because of these genetic differences.

Natural selection, the researchers conclude, does not appear to favor one set of genetic characteristics over the other, but instead allows for the co-existence of the seemingly contrasting traits, creating evolutionary space for both monogamous and nonmonogamous voles.

“This brain variation isn’t just there by chance. It isn’t random,” says Steven Phelps, associate professor of integrative biology and the lead investigator on the study. “It’s actually something that selection has kept around for a very long time. When it comes to social behavior, maybe there isn’t a normal brain.” 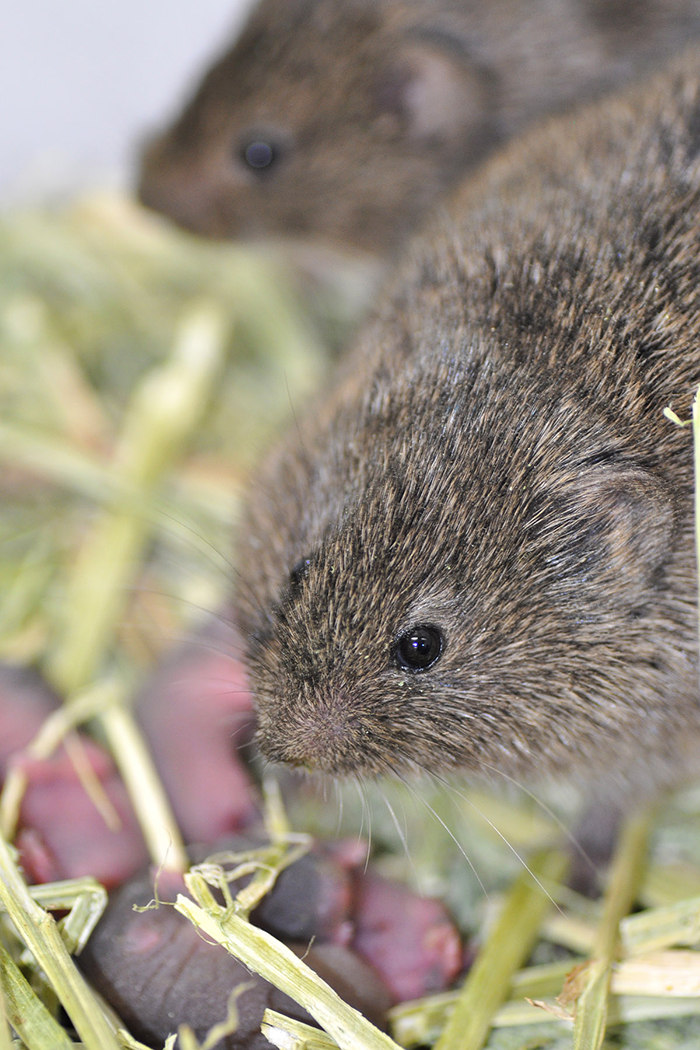 A female vole sits with her pups while the male is visible in the background. Photo by Aubrey Kelly/Cornell University.

Prairie voles are small Midwestern rodents known for their monogamy. Males and females form pair-bonds and raise their young together as a couple. However, this does not stop some males from wandering off to make time with other females.

These dalliances come with both costs and benefits. Unfaithful males sire more offspring outside of their own nests. But while they are away, their mates may have encounters of their own. The result is that the offspring raised by an unfaithful male may not be his own. In contrast, a male that stays at home ensures that all of the pups in the nest belong to him.

Phelps and his colleagues looked at the genetics of voles that stray and the voles that stay. Since neither of the two mating strategies is inherently more successful, both types persist in the population. The researchers found that the two types of male vole have genetic differences. These differences were found in parts of the DNA that turn genes on and off in specific brain regions, in this case a brain region important for spatial memory. The researchers speculate that faithful males are better at keeping tabs on a mate or are less likely to return to a place where they’ve encountered conflict.

“All of animal neuroscience is kind of predicated on minimizing genetic variation,” says Phelps. “When we did this simple thing of going out in nature and looking at the brain, we were shocked at what we found.”

The findings support the notion that nature is favoring both brain types, thus increasing the diversity of the voles.

“I wouldn’t be surprised if there were many genes whose variants have been kept around by selection in a similar way,” says Phelps. “We may find this to be a common pattern in social behavior, including personality differences, in lots of species.”

Other authors of the study were graduate students in Phelps’ lab, Mariam Okhovat, Alejandro Berrio and Gerard Wallace, and former postdoctoral fellow Alexander Ophir, now an assistant professor of psychology at Cornell University.