AUSTIN, Texas — Exceedingly well-preserved bird fossil specimens dating back 50 million years represent a species of a previously unknown relative of the modern-day ostrich, according to new research from Virginia Tech and The University of Texas at Austin published June 30 in the Bulletin of the American Museum of Natural History.

“This spectacular specimen could be a ‘keystone’ that helps interpret much of the sparse fossil (record) of birds that once lived in North America millions of years ago,” said lead author Sterling Nesbitt of Virginia Tech’s Department of Geosciences and the Global Change Center.

The bird fossils were found more than a decade ago, completely intact with bones, feathers and soft tissues in a former lake bed in Wyoming. The new species has been named Calciavis grandei – with “calci” meaning “hard/stone,” “avis” from the Latin for bird, and “grandei” in honor of famed paleontologist Lance Grande. 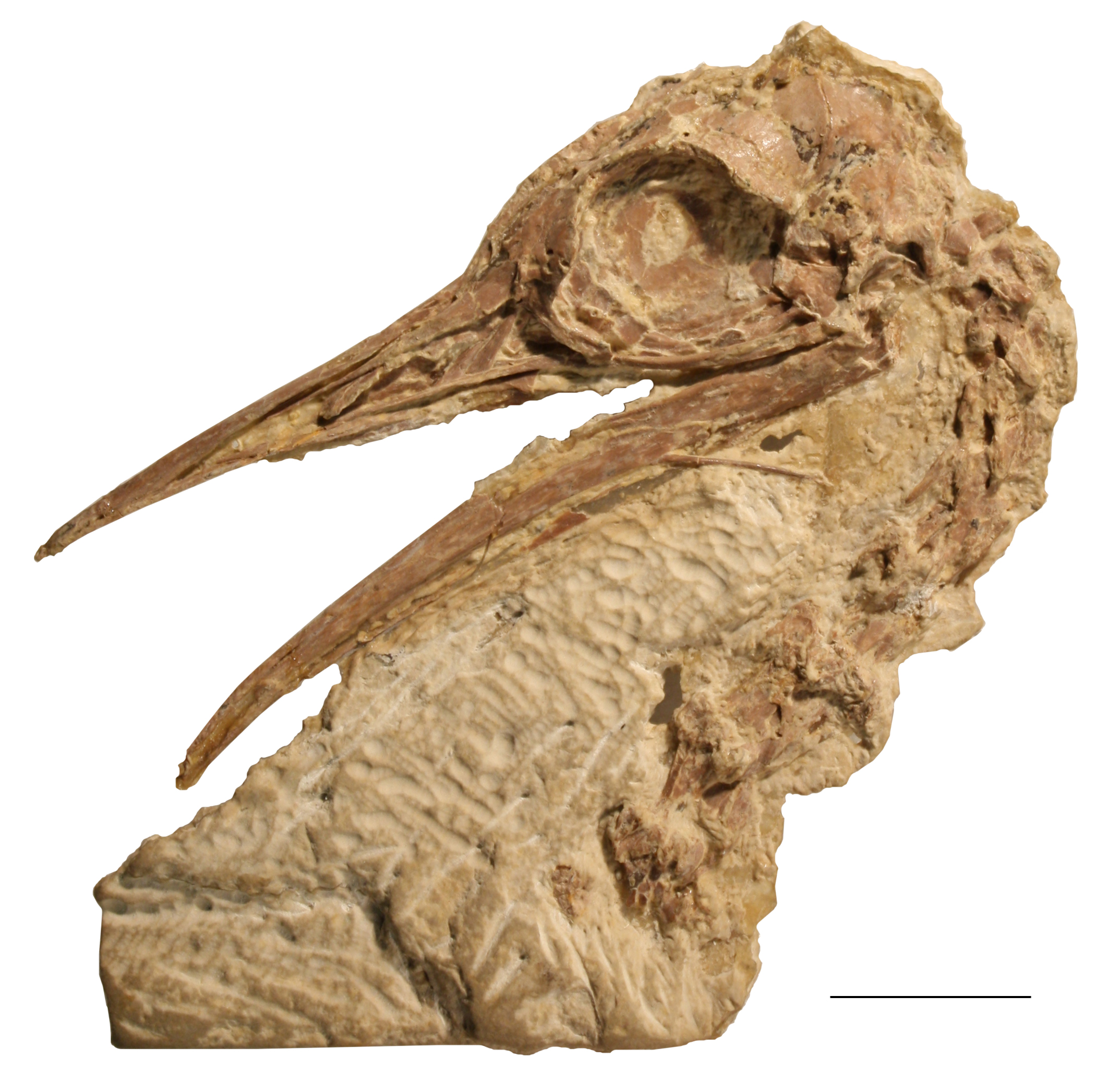 Nesbitt called the fossils a once-in-a-lifetime discovery for paleontologists.

“This is among one of the earliest well represented bird species after the age of large dinosaurs,” he said.

Nesbitt began studying the fossil in 2009 as a postdoctoral researcher at The University of Texas at Austin’s Jackson School of Geosciences, under Professor Julia Clarke in the Department of Geological Sciences. Clarke is a co-author on the research.

Two fossils of Calciavis grandei dating from the Eocene epoch – roughly between 56 million and 30 million years ago – were found by fossil diggers within the Green River Formation in Wyoming, a hot bed for extinct fish.

“These are spectacularly preserved fossils. One is a nearly complete skeleton covered with feather remains. The others are nearly as complete, and some also show soft tissues as well,” Clarke said. “Fossil birds are generally rare, but finds from the ancient Fossil Lake located in present day Wyoming are an exception.”

Bird bones are hollow and far more fragile than most mammal bones, so they are more likely to be crushed during fossilization. The fossilized bird in this rare case apparently was covered in mud soon after death. The former lake in which the fossil was found is best known for producing scores of complete fish skeleton fossils, but other fossils are also found there, such as birds, plants, crocodilians, turtles, bats and other mammals from an ecosystem about 50 million years old.

“The new bird shows us that the bird group that includes the largest flightless birds of today had a much wider distribution and longer evolutionary history in North America,” Nesbitt said. “Back when Calciavis was alive, it lived in a tropical environment that was rich with tropical life, and this is in stark contrast to the high-desert environment in Wyoming today.” 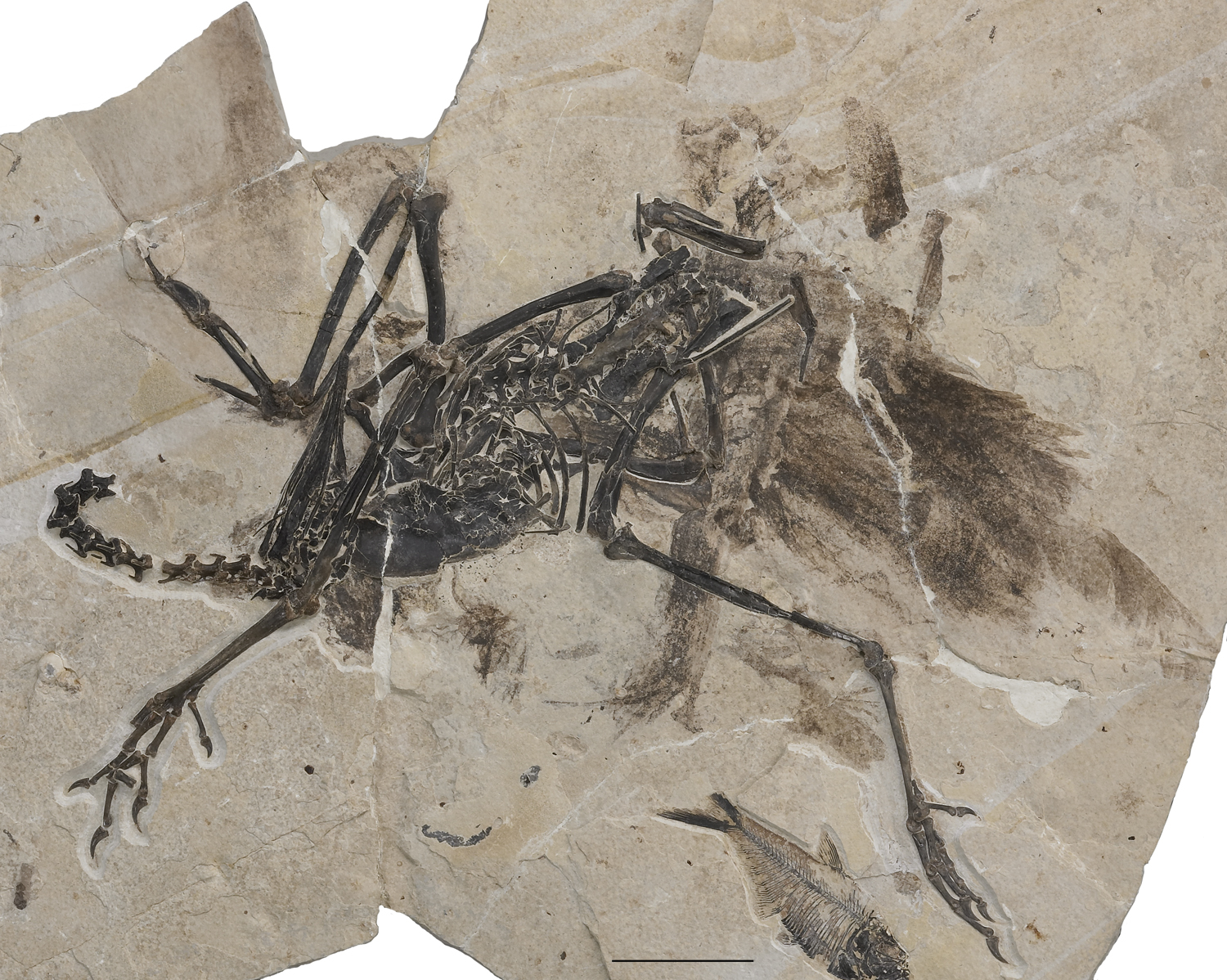 The species, which was about the size of a chicken, is included in the extinct group of early Palaeognathae birds, the Lithornithidae. Nesbitt and Clarke said the bird is a very close relative of ostriches, kiwis and tinamous now living in the southern continents. After tropical forests disappeared in North America, Calciavis and other more tropical birds went extinct, according to Nesbitt and Clarke.

“Relationships among species in this lineage of birds have been extremely contentious.” Clarke said. “We hope the detailed new anatomical data we provide will aid in finding a resolution to this ongoing debate.”

The work was funded by two grants from the Earth Sciences Directorate of the National Science Foundation.