AUSTIN, Texas — Evidence preserved in the internal skeletal structure of the world-famous fossil, Lucy, suggests the ancient human species frequently climbed trees, according to a new analysis by scientists from The Johns Hopkins University and The University of Texas at Austin.

Since Lucy’s discovery in Ethiopia 42 years ago this month by Arizona State University anthropologist Donald Johanson and graduate student Tom Gray, paleontologists have debated whether the 3.18 million-year-old specimen of Australopithecus afarensis — or southern ape of Afar — spent her life walking on the ground or combined walking with frequent tree climbing. 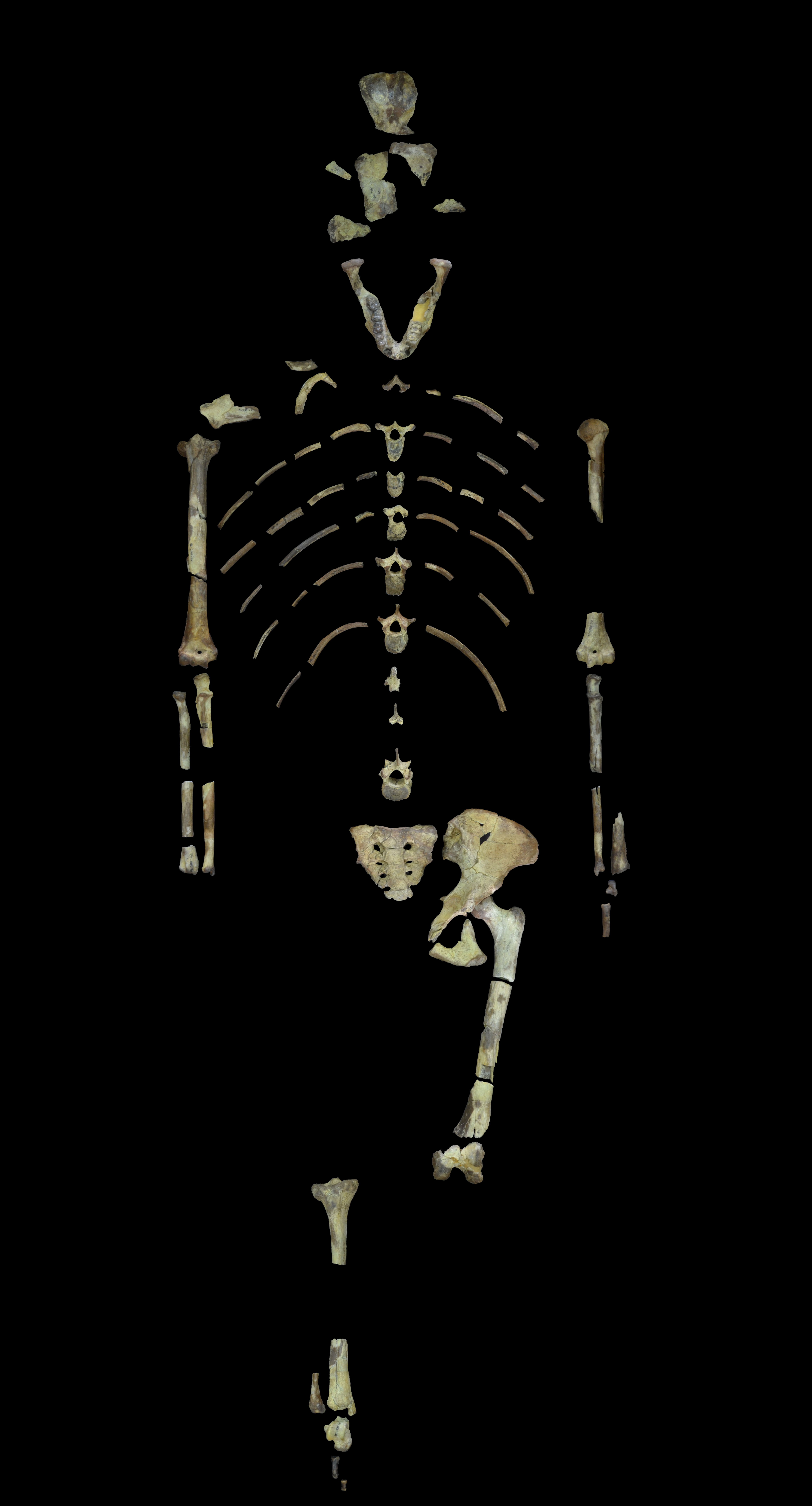 A new analysis of the partially fossilized skeleton, to be published Nov. 30 in the journal PLOS ONE, shows that Lucy’s upper limbs were heavily built, similar to tree-climbing chimpanzees, supporting the idea that she often used her arms to pull herself up, most likely onto tree branches. Researchers also suggest that because her foot was better adapted for bipedal locomotion — or upright walking — rather than grasping, Lucy had to rely on upper-body strength when climbing, which resulted in more heavily built upper-limb bones.

“It may seem unique from our perspective that early hominins like Lucy combined walking on the ground on two legs with a significant amount of tree climbing, but Lucy didn’t know she was unique,” said UT Austin paleoanthropologist John Kappelman, whose most recent study proposed Lucy probably died after falling from a tall tree, where she may have been nesting to avoid predators. A nightly ascent would equate to one-third of her life spent in trees — or more if she occasionally foraged there, Kappelman said.

“We were able to undertake this study thanks to the relative completeness of Lucy’s skeleton,” said the study’s lead author, Christopher Ruff, a professor of functional anatomy and evolution at the Johns Hopkins University School of Medicine. “Our analysis required well-preserved upper and lower limb bones from the same individual, something very rare in the fossil record.”

The research team first examined Lucy, who is among the oldest, most complete skeletons of any adult, erect-walking human ancestor, during her U.S. museum tour in 2008, when the fossil was detoured briefly to the High-Resolution X-ray Computed Tomography Facility (UTCT) in the UT Jackson School of Geosciences. For 10 days, Kappelman and UT Austin geological sciences professor Richard Ketcham carefully scanned all of her bones to create a digital archive of more than 35,000 CT slices.

“We all love Lucy, but we had to face the fact that she is a rock,” said Ketcham, adding that conventional CT is not powerful enough to image the internal structure of Lucy’s heavily mineralized skeleton. “The time for standard medical CT scanning was 3.18 million years ago. This project required a scanner more suited to her current state.” 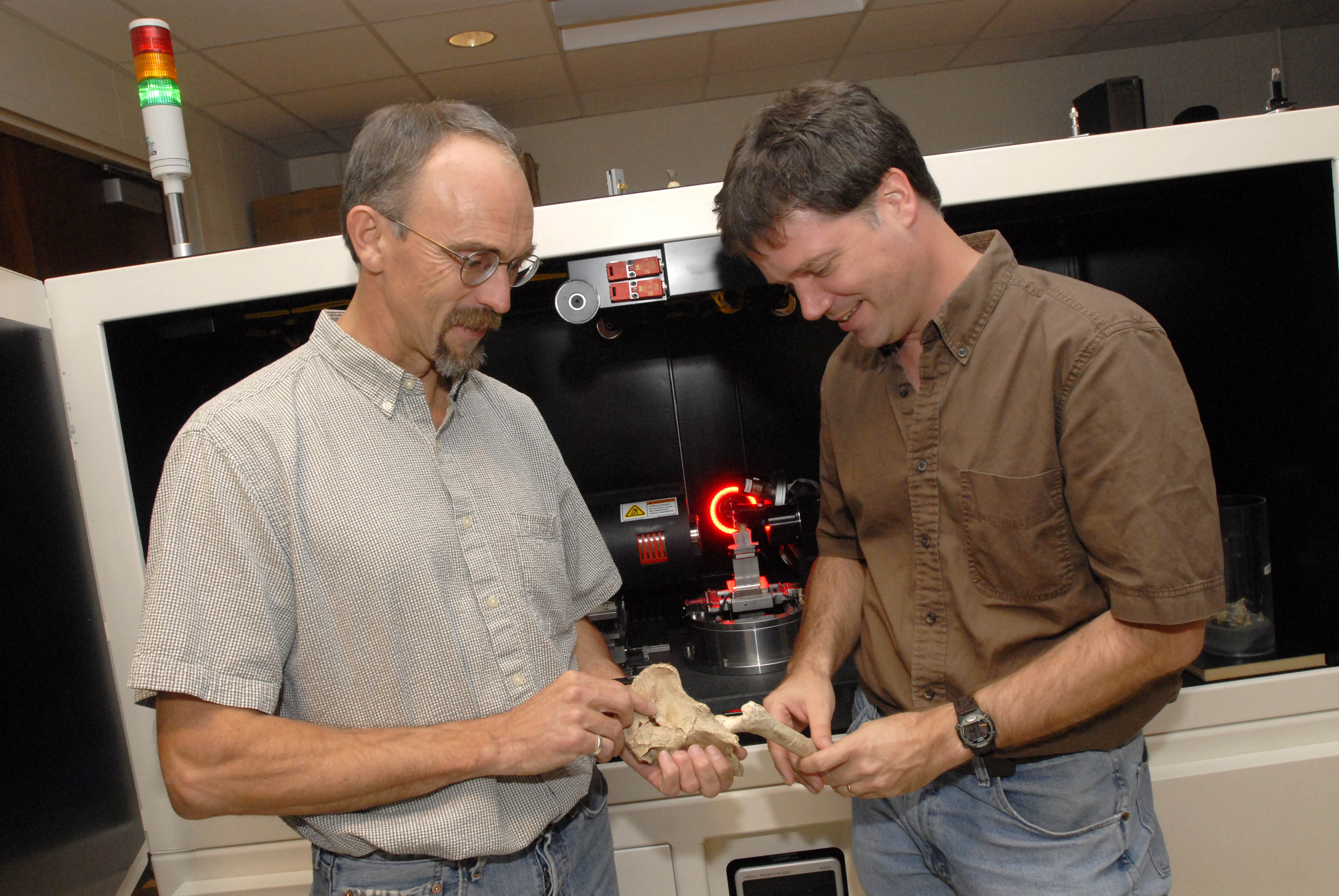 Since then, researchers have relied on the scans to look for clues about how Lucy lived, died and used her body — estimated to be about 3 feet 6 inches and 60 pounds — during her lifetime. The most recent study focused on the internal structure of Lucy’s right and left humeri (upper arm bones) and left femur (thigh bone).

A major issue in the debate about Lucy’s tree climbing has been how to interpret skeletal features that might be simply “leftover” from a more primitive ancestor that had relatively long arms, for example. The advantage of the new study, Ruff said, is that it focused on characteristics that reflect actual behavior during life. Some evidence even suggests she was right-handed, researchers said.

“Our study is grounded in mechanical engineering theory about how objects can facilitate or resist bending,” Ruff said. “Our results are intuitive because they depend on the sorts of things that we experience about objects — including body parts — in everyday life. If, for example, a tube or drinking straw has a thin wall, it bends easily, whereas a thick wall prevents bending. Bones are built similarly.”

Lucy’s scans were compared with CT scans from a large sample of modern humans, who spend the majority of their time walking on two legs on the ground, and with chimpanzees, a species that spends more of its time in the trees and, when on the ground, usually walks on all four limbs.

“It is a well-established fact that the skeleton responds to loads during life, adding bone to resist high forces and subtracting bone when forces are reduced,” Kappelman said. “Tennis players are a nice example: Studies have shown that the cortical bone in the shaft of the racquet arm is more heavily built up than that in the non-racquet arm.” 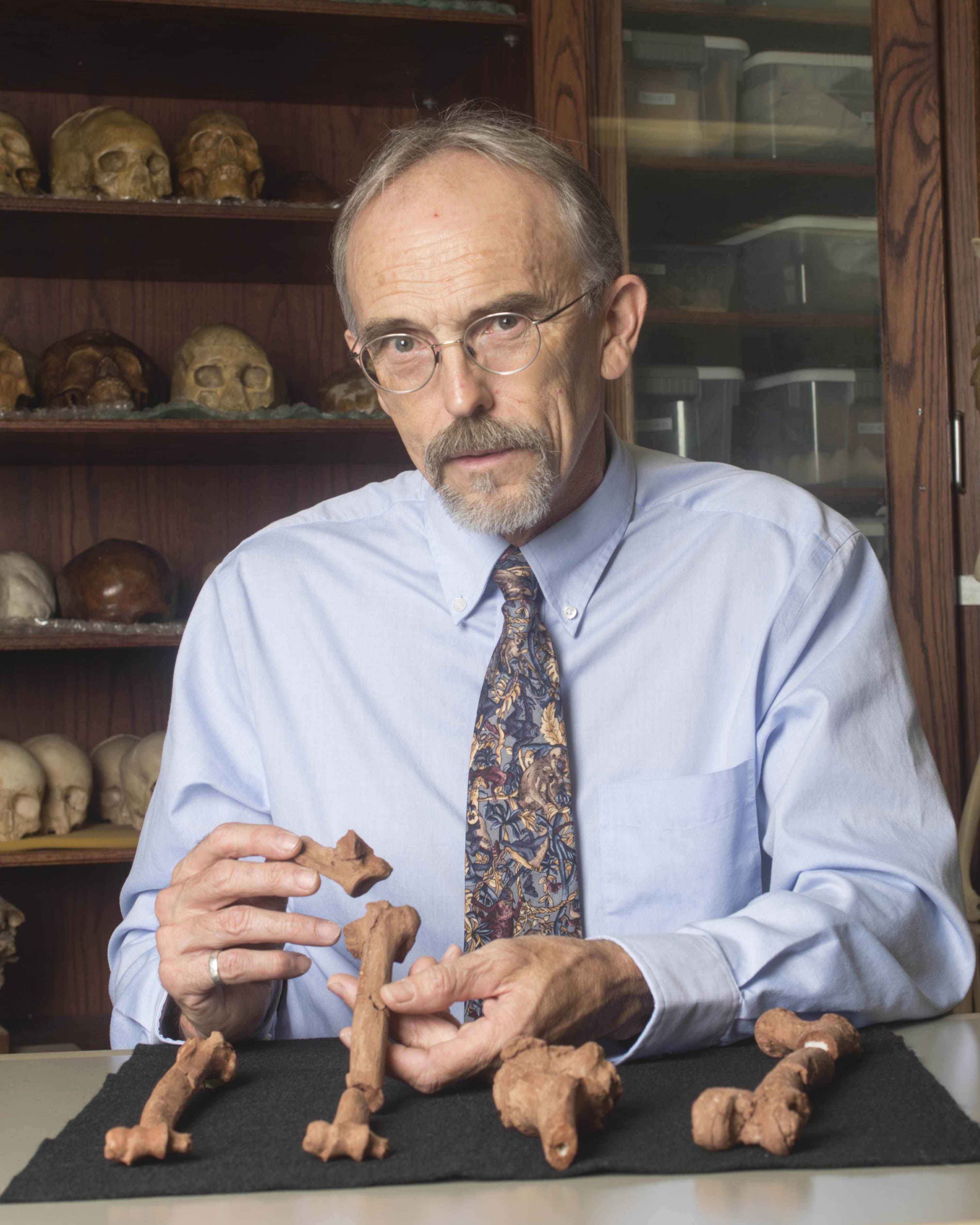 Other comparisons in the study suggest that even when Lucy walked upright, she may have done so less efficiently than modern humans do, limiting her ability to walk long distances on the ground, Ruff said. In addition, all of her limb bones were found to be very strong relative to her body size, indicating that she had exceptionally strong muscles, more like those of modern chimpanzees than modern humans. A reduction in muscle power later in human evolution may be linked to better technology that reduced the need for physical exertion and the increased metabolic demands of a larger brain, the researchers said.

Other scholastic materials and the 3-D files are available on eLucy.org. Permissions to scan, study and photograph Lucy were granted by the Authority for Research and Conservation of Cultural Heritage and the National Museum of Ethiopia of the Ministry of Tourism and Culture. The UTCT was supported by three grants from the U.S. National Science Foundation.