AUSTIN, Texas — Scientists from The University of Texas at Austin have found that high levels of methane in well water from two counties near Fort Worth are probably from shallow natural gas deposits, not natural gas leaks caused by hydraulic fracturing operations in the underlying Barnett Shale.

The research, published in the journal Groundwater, builds on previous studies on well water quality in the Barnett Shale and uses chemical and geographic evidence to tie the elevated methane level in certain water wells to methane in natural shallow deposits. J.P. Nicot, a research scientist at the Bureau of Economic Geology, a unit of the UT Jackson School of Geosciences, led the research. Collaborators include researchers from the Jackson School’s Department of Geological Sciences and the University of Michigan. 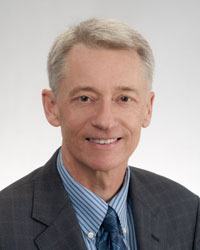 Methane is the primary component of natural gas. Hydraulic fracturing, or fracking, is a method of artificially producing fractures in wells thousands of feet deep to reach natural gas deposits in shale rock. Methane is also found in much shallower and smaller deposits located hundreds of feet below the ground. These deposits formed when methane from deeper sources moved toward the surface over millions of years. The shallow reservoirs in the study area are in a geologic formation called the Strawn Group.

The Barnett Shale, located in the Fort Worth region, is one of the largest and most productive natural gas fields in the United States. By the end of 2015, there were about 20,000 wells in the region. As production has boomed, questions have been raised about the connection between hydraulic fracturing and potentially dangerous levels of methane in some water wells, most notably wells in the Silverado neighborhood in Parker County outside of Fort Worth.

To examine the source and extent of methane in water wells, the researchers analyzed samples from more than 450 wells across 12 counties in the western Barnett Shale. The vast majority of samples—85 percent—showed very low methane levels in the groundwater of less than 0.1 milligrams of methane per liter of water. However, a cluster of 11 wells in Parker County and Hood County had methane levels above 10 milligrams per liter of water, a level that can trigger venting of well water systems to ensure the flammable gas does not become hazardous.

This finding prompted the researchers to take a closer look at the cluster. Starting at the center of the cluster and working outward until no methane was detected in the water, they took samples from 58 locations and analyzed them to see where the gas originated.

“What we wanted to do was understand how much methane there is and determine the size of the high methane hotspot,” Nicot said.

Methane is produced two ways: thermogenically, from the breakdown of organic material under elevated temperature and pressure; and biogenically, by microbial activity. Biogenic methane is generally generated at shallow depth. Thermogenic methane is always produced at depth, although sometimes the gas can migrate over geologic time to shallower areas.

Researchers used carbon isotope analysis to determine that the methane was thermogenic, which ruled out biogenic sources but didn’t pinpoint whether the gas came from the deeper Barnett or the shallower Strawn. Additional analysis of the samples’ noble gases conducted by members of the same research team and led by University of Michigan researchers linked the methane to the shallow natural gas deposits of the Strawn. The results were complemented by another of the team’s studies in 2015 that found nitrogen isotopes associated with the Strawn.

“Combining alkane, noble gas and nitrogen compositions and isotope ratios allowed us to distinguish natural gas sourced from the deep Barnett Shale from the shallow Strawn Group,” explained Toti Larson, a researcher at the Jackson School’s Department of Geological Sciences.

In addition to chemical evidence, the researchers found a strong correlation between water well proximity to the Strawn Group and high methane levels. There is no correlation between high-methane wells and the distance to the nearest hydraulically fractured wells. The researchers also note that Parker and Hood counties have a relatively low number of hydraulic fracturing wells compared with other counties in the Barnett Shale, such as Denton, that have water wells with low methane levels.

Although the findings suggest that methane from the Strawn Group is the most likely source for the methane in water wells in Parker and Hood counties, the researchers said they can’t completely rule out that some of the methane may have come from leaks caused by hydraulic fracturing operations. In fact, the researchers suggest that leaks from deep reservoirs might help explain certain cases recorded by other studies where methane levels in water wells are increasing over time and cases where methane is present in water wells where it used to be absent.

For wells where the methane origins are still questionable, the researchers suggest a more extensive sampling and analysis campaign.

The study was funded by Research Partnership to Secure Energy for America, a program authorized by the U.S. Energy Policy Act of 2005.