AUSTIN, Texas — Chemists at The University of Texas at Austin have developed a material that holds the key to cheap, fast and portable new sensors for a wide range of chemicals that right now cost government and industries large sums to detect. The innovation could lead to major public health gains, as it holds the potential to drastically reduce the costs associated with cleaning-up accidental chemical spills, remediating old industrial sites, detecting radioactive contamination in drinking water, and operating medical and research imaging devices.

“A company with an abandoned chemical plant that has barrels of unlabeled solvents or a public utility concerned its water supply has been contaminated today face a cumbersome process of identifying the chemicals before they can start clean-up,” said Simon Humphrey, associate professor of chemistry who led the research. “It’s costly and can take two or three days. We can now do that with a rapid, on-site method — and that difference could improve people’s health and reduce pollution a lot more efficiently.”

Humphrey envisions disposable paper dipsticks coated with the new material. A user would dip one into an uncharacterized substance and stick it into an ultraviolet (UV) reader. Based on the colors of light emitted, the device would indicate what components, such as organic solvents, fluoride, mercury and heavy metals, are in the substance.

The material, called PCM-22 and described in a paper published today in the journal Chem, is a crystal made of lanthanide ions and triphenylphosphine. When a chemical bonds to the material and a UV light shines on it, the material emits specific colors of visible light. Each chemical produces a unique eight-factor signature of color and brightness that can be used to identify and quantify it in an uncharacterized sample.

Once scientists calibrate the sensor on known samples to create a catalog of fingerprints that can be used to identify the components of uncharacterized samples, the dipstick-type sensors would be relatively simple to produce, Humphrey said. He and UT Austin share joint patents on the sensor material and on the process of analyzing results, and UT Austin’s Office of Technology Commercialization has already begun work to license the technology to companies.

Another beneficial feature of PCM-22 is that it can distinguish between two types of water —the ordinary water (H2O) that we experience in everyday life and so-called heavy water (D2O), used in the operation of medical and research imaging.

With D2O, hydrogen atoms are replaced by deuterium atoms, but the two types of water are notoriously hard to tell apart because they look and, in most cases, behave the same chemically. It normally requires a costly test with a sophisticated piece of laboratory equipment called a laser spectrometer to tell the two apart.

Because the new material makes distinguishing between the two types of water simpler, it could become much easier for government agencies to detect the presence of radioactive contamination in drinking water or other bodies of water such as lakes and rivers. When ordinary water interacts with radioactive material, such as uranium, some of it is converted to heavy water, so elevated levels of heavy water give an early warning of contamination with radioactive material.

The ability to detect and quantify the two forms of water quickly, cheaply and at the point of need also would pave the way for more affordable and reliable medical and research imaging, such as nuclear magnetic resonance spectroscopy (NMR), which requires heavy water to operate. For NMR to function properly, this heavy water has to be very pure, but it is easily contaminated with ordinary water from moisture in the atmosphere.

“When you buy heavy water from a manufacturer it starts out ultrapure,” Humphrey said. “But as soon as you unscrew the bottle, hydrogen atoms from the air start swapping with deuterium atoms. A week later, all of the H’s have become scrambled with the D’s and it effectively ruins the heavy water. It’s an exchange that you can’t stop.”

The new material, which is sensitive enough to detect concentrations of ordinary water as low as 10 parts per million in a solution of heavy water, could make it cheaper and faster to verify the purity of this important reagent.

Other authors on the paper are Samuel Dunning, Ana Nuñez, Matthew Moore, Vincent Lynch and Jonathan Sessler at UT Austin, and Alexander Steiner at the University of Liverpool.

Funding for this research was provided by the National Science Foundation and the Welch Foundation. 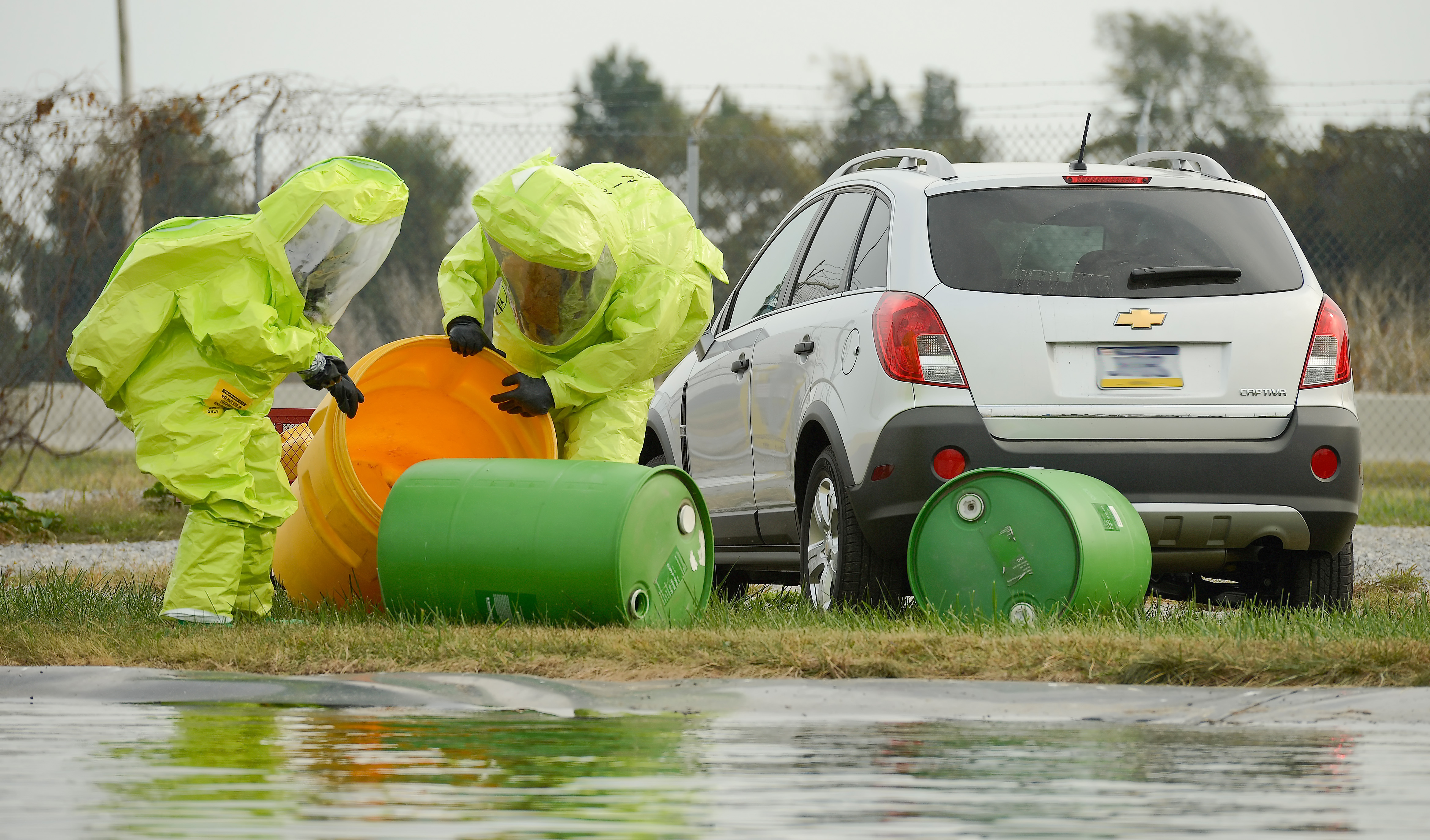