Scientists from The University of Texas at Austin took an important step toward safer gene-editing cures for life-threatening disorders, from cancer to HIV to Huntington’s disease, by developing a technique that can spot editing mistakes a popular tool known as CRISPR makes to an individual’s genome. The research appears today in the journal Cell.

Scientists already use the gene-editing tool called CRISPR to edit the genetic code of nearly any organism. CRISPR-based gene editing will have an enormous impact on human health. More than a dozen clinical trials employing CRISPR on human cells are reportedly already underway, but the approach is imperfect. In theory, gene-editing should work much like fixing a recurring typo in a document with an auto-correct feature, but CRISPR molecules—proteins that find and edit genes—sometimes target the wrong genes, acting more like an auto-correct feature that turns correctly spelled words into typos. Editing the wrong gene could create new problems, such as causing healthy cells to become cancerous.

The UT Austin team developed a way to rapidly test a CRISPR molecule across a person’s entire genome to foresee other DNA segments it might interact with besides its target. This new method, they say, represents a significant step toward helping doctors tailor gene therapies to individual patients, ensuring safety and effectiveness.

“You and I differ in about 1 million spots in our genetic code,” says Ilya Finkelstein, an assistant professor in the Department of Molecular Biosciences at UT Austin and the project’s principal investigator. “Because of this genetic diversity, human gene editing will always be a custom-tailored therapy.” 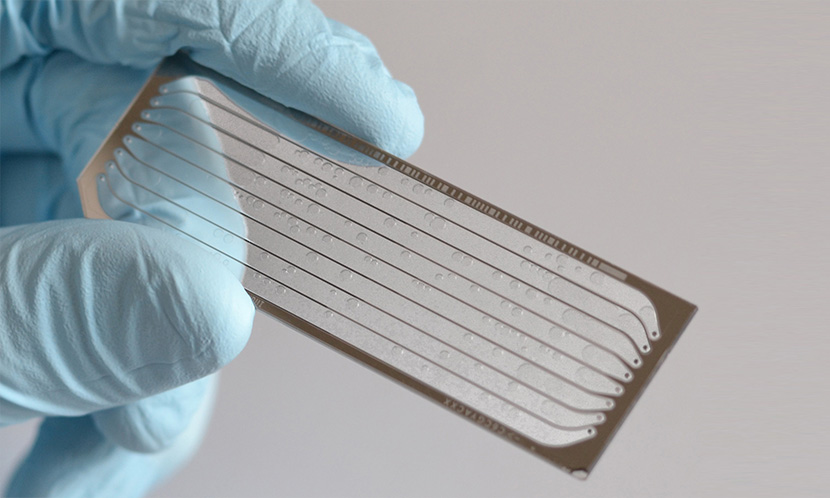 The heart of the new technique developed by Finkelstein, et al. for detecting interactions between CRISPR and off-target DNA segments is a standard next generation gene sequencing slide (a.k.a. flowcell), produced by Illumina. Image by Wikimedia user Bainscou, via Creative Commons Attribution 3.0 license

The researchers took a DIY approach to developing the equipment and software for their technique, using existing laboratory technology to develop CHAMP, or Chip Hybridized Affinity Mapping Platform. The heart of the test is a standard next generation genome sequencing chip already widely used in research and medicine. Two other key elements—designs for a 3-D printed mount that holds the chip under a microscope and software the team developed for analyzing the results—are open source. As a result, other researchers can easily replicate the technique in experiments involving CRISPR.

“If we’re going to use CRISPR to improve peoples’ health, we need to make sure we minimize collateral damage, and this work shows a way to do that,” says Stephen Jones, a postdoctoral researcher at UT Austin and one of three co-lead authors of the paper.

Andy Ellington, a professor in the Department of Molecular Biosciences and vice president for research of the Applied Research Laboratories at UT Austin, is a co-author of the paper. He says this method also illustrates the unpredictable side benefits of new technologies.

“Next generation genome sequencing was invented to read genomes, but here we’ve turned the technology on its head to allow us to characterize how CRISPR interacts with genomes,” says Ellington. “Inventive folks like Ilya take new technologies and extend them into new realms.”

This work can also help researchers predict which DNA segments a certain CRISPR molecule will interact with even before testing it on an actual genome. That’s because they’re uncovering the underlying rules that CRISPR molecules use to choose their targets. For example, they found that the CRISPR molecule they tested, called Cascade, pays less attention to every third letter in a DNA sequence than to the others.

“So if it were looking for the word ‘shirt’ and instead found the word ‘short,’ it might be fine with that,” says Jones.

That sounds counterintuitive, but can be really useful. CRISPR originated from a natural defense in bacteria used to guard against invading viruses that evolve rapidly. A good defense sees through slight changes in the viral genetic code.

Knowing these rules will lead to better computer models for predicting which DNA segments a specific CRISPR molecule is likely to interact with. And that can save time and money in developing personalized gene therapies. 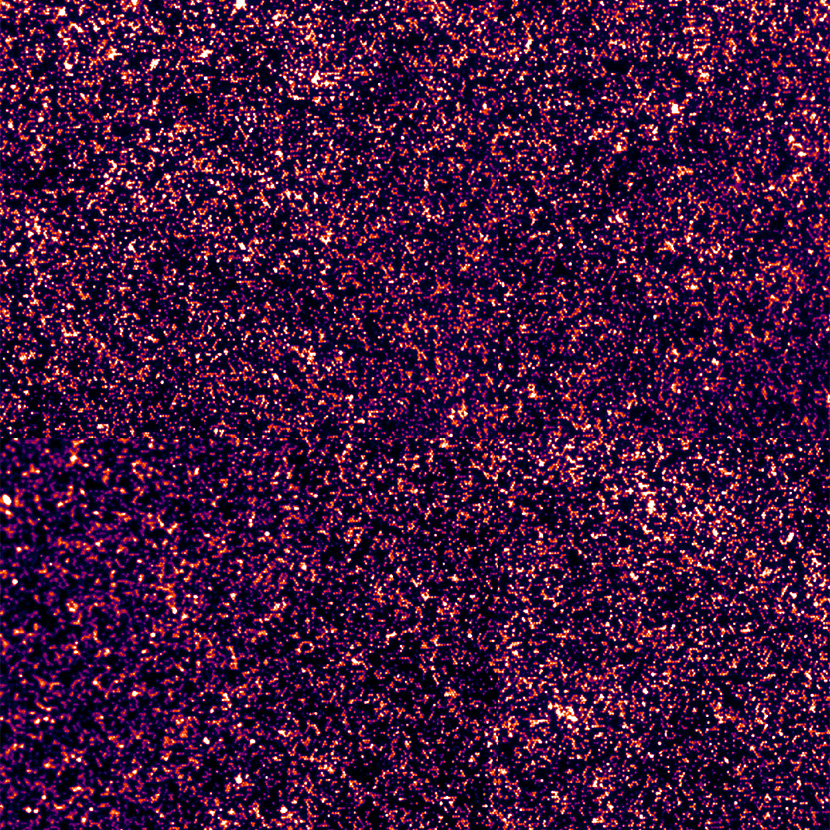