AUSTIN, Texas — The archive of award-winning author Michael Ondaatje has been acquired by the Harry Ransom Center, a humanities research library and museum at The University of Texas at Austin. Ondaatje, author of the Booker Prize-winning novel “The English Patient,” is widely regarded as one of the finest English-language novelists writing today.

Ondaatje’s archive, which fills more than 90 boxes, documents in great detail his working methods.  Present are research notes containing background detail on the places where his fiction is set. He composed his novels in dozens of handwritten notebooks often resembling scrapbooks, with found images inserted among the manuscript pages. Also present are audio recordings of Ondaatje dictating his difficult handwriting to a typist, and, finally, heavily annotated printed drafts. These materials will give students and scholars a glimpse of his writing process from the 1960s to the present, and the archive will serve as the primary resource for all future studies of Ondaatje’s work.

“Displaced by history, the inhabitants of Michael Ondaatje’s novels often find their most stable home in language,” said Stephen Enniss, director of the Ransom Center. “He is a master stylist in both poetry and prose, and we are honored to add his work to the Ransom Center’s collections, which include many of our finest contemporary writers.” 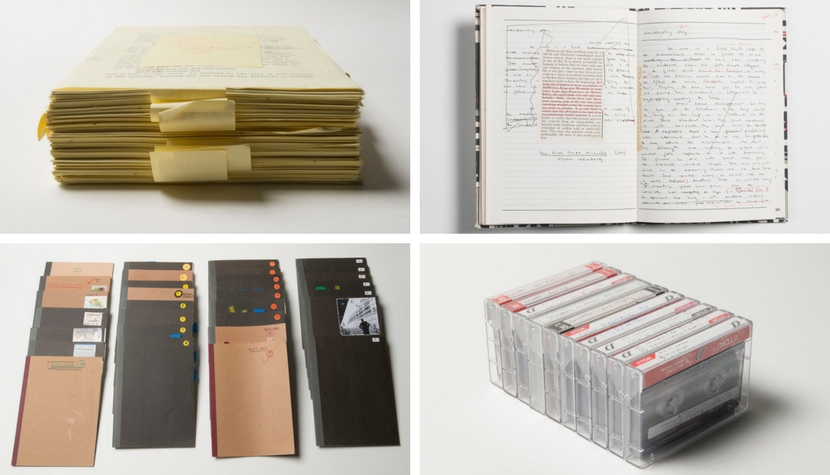 Born in Sri Lanka, formerly Ceylon, in 1943, Ondaatje immigrated to England in 1954 and moved to Canada when he was 18. He has said of himself, “I am a mongrel of place. Of race. Of cultures. Of many genres.”

During a career spanning more than 50 years, he has written fiction, poetry, short stories and a memoir. He began his career as a poet but is best known as the author of the 1992 novel “The English Patient,” which was made into a critically acclaimed motion picture. He followed that success with “Anil’s Ghost” (2000), “Divisadero” (2007) and “The Cat’s Table” (2011), each of which is represented in the archive with extensive manuscript drafts. Also present are drafts for each of his poetry collections including “The Collected Works of Billy the Kid” (1970), “Secular Love” (1984), “The Cinnamon Peeler” (1990) and “Handwriting” (1998).

In addition to materials documenting the genesis of his writings, the archive also contains abundant correspondence demonstrating Ondaatje’s centrality to the literary and cultural communities of Canada and the broader world during more than 50 years. 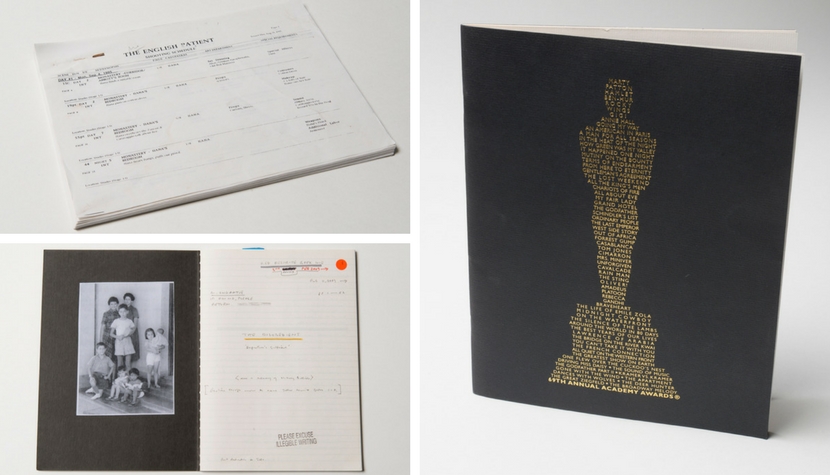 Correspondence and documentation relating to the development of the Academy Award-winning film adaptation of “The English Patient” includes a rich and lengthy correspondence between Ondaatje and the film’s director and screenwriter Anthony Minghella, and letters from actors Juliette Binoche, Willem Dafoe, Ralph Fiennes and Kristin Scott Thomas.

The archive is an essential source for scholars interested in understanding the development of the creative works of the author. The archive will be available for research and teaching once processed and cataloged.