AUSTIN, Texas — Did you know that 99.9 percent of species that have ever lived on Earth have perished, or that maps of the moon, Mars and even Venus are 50 times as detailed as maps of much of our ocean floor? Did you hear that miners have recently discovered 2-billion-year-old water that provides a snapshot of Earth from the time when only single-celled life existed?

These are the types of fascinating tidbits that EarthDate brings its listeners in digestible two-minute chunks. The radio show, produced by the University of Texas Bureau of Economic Geology, turns one year old this Earth Day on April 22. Since premiering on Earth Day last year, it has grown tremendously and now can be heard on more than 300 public radio stations in all 50 states, Canada, the Philippines and New Zealand. 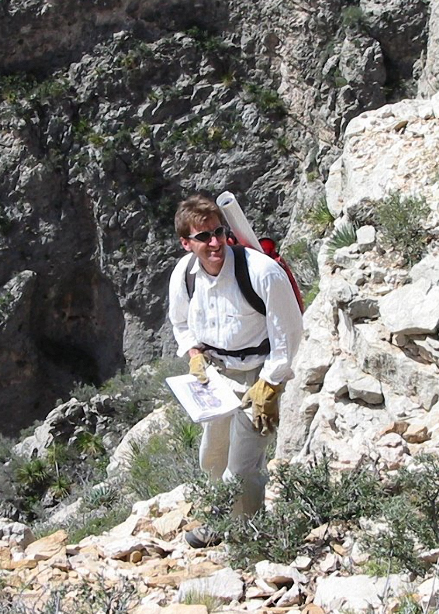 The remarkable growth of EarthDate underscores people’s thirst to understand and connect with the world around them, said Bureau Director Scott Tinker, who conceived of EarthDate and is the voice of the show.

“The Earth is a wondrous and complicated place full of amazing stories, and we help unravel those stories,” Tinker, the state geologist of Texas, said. “Through EarthDate, we break those stories down into ways that people can understand and, hopefully, enjoy. It’s really a nice convergence of science and education.”

The bureau is a research unit of the UT Jackson School of Geosciences and acts as the State Geological Survey of Texas. Each episode of EarthDate undergoes a rigorous process. Bureau project manager Juli Hennings leads the research efforts for the show, which involves employing experts from around the globe to fact-check episodes. The show covers a wide variety of topics ranging from the 2004 tsunami that swept over Indonesia, Thailand and 12 other countries, to the secrets of bird songs and glaciers.

Each episode is posted with the script and a fact sheet for teachers and the general public, and all the episodes are available to download for free. To date, 62 episodes have been produced, and many more are in the works. Listeners can even suggest ideas for future episodes. Schlumberger sponsors EarthDate.

For more information, or to listen to or download EarthDate episodes, go to www.earthdate.org.