Terry Orr jokes that pursuing a Bachelor of Arts in classical archaeology in his late 70s was all a ploy to avoid retirement.

“You know, learning is a good thing,” he said. “Either learn or you die.”

By the time Orr enrolled in the classics program at The University of Texas at Austin, he had already completed his bachelor’s and master’s in engineering at Texas A&M University, served active duty as a lieutenant in the U.S. Army and captain in the Army Reserve, engineered international marine construction projects, overseen operations at refineries in the Middle East, started and run an international offshore equipment business (OceanTec Electronics), served as mayor of Bastrop, and earned a black belt in Matsumura Shorin-Ryu karate.

Graduating this spring will be his next big accomplishment. We spoke with Orr about the impact of college on his life and his plans after graduation.

What excited you most about going back to college?

UT is the state’s top public university for liberal arts. I wanted the opportunity to associate and learn from top-notch professors and students. A liberal arts education adds to my daily world and hopefully adds to my conversations and my interactions with other people.

I don’t want to just stay at home. I do want to keep learning and have a good life. I think the liberal arts will add a great deal to that.

What was your major? Why did you choose it?

I am majoring in classical archaeology. I lived in Saudi Arabia running port facilities for eight years. We’ve visited Greece a lot. I did a lot of work in marine construction abroad. I worked in Central America. We went to Italy a lot. We went to France a lot. Those travels sparked my interest in archaeology.

What is your favorite college memory?

Being a TA and having 300 students sing “Happy Birthday” to me on my 80th birthday. Also being a part of the UT Veterans Warrior Chorus, getting the opportunity to combine my own military experiences with the writings of classic Greek authors such as Homer and Aeschylus.

What’s the difference between you before you got to UT and you now?

I have a much better appreciation for the hard work and extensive effort students put forth to get a liberal arts education. Taking six semesters of Latin was probably one of the biggest challenges I have ever had. Staying with it has been a great accomplishment for me.

What resources and support did you find on campus that helped you most?

The other students were my greatest resource, teaching me the ways of digital and online research. I was 75 years old when I got here, and it was a kind of an eye-opener, first of all, to see so many really energetic young students. Getting to learn from them, not many old guys get to do that. It was a marvelous opportunity for me. 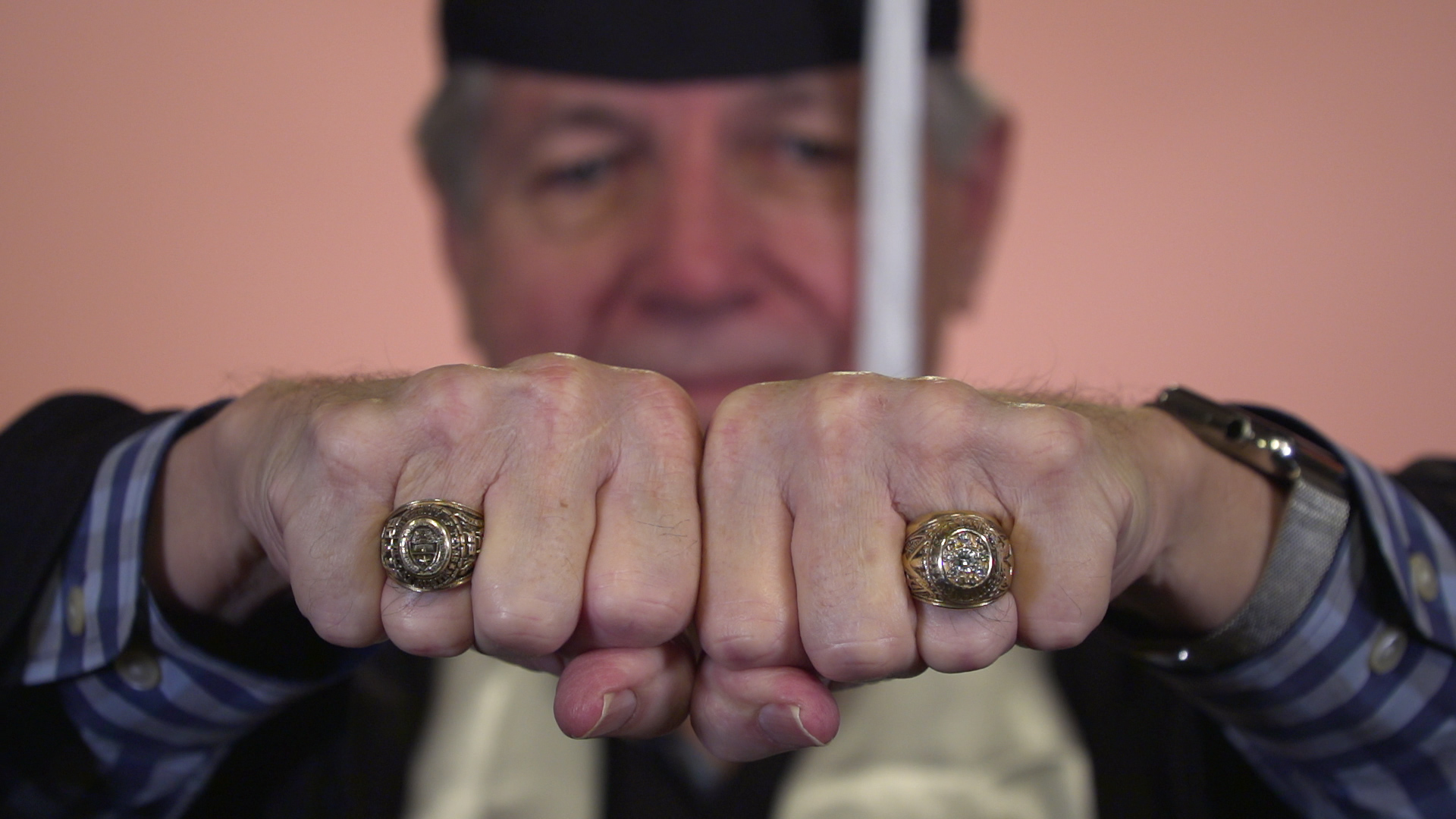 Terry Orr proudly displaying his graduation rings from both Texas A&M University and The University of Texas at Austin. Photo by Thomas Swafford.

Why did you want to go back to school rather than retire?

How will you change the world after graduation?

I hope to bring some of my engineering technical skills to archaeological methodology. My first opportunity after graduation is doing archaeology work this summer in Romania.

As for changing the world? I don’t know that I’ll change the world, but I’ll continue to talk and think about it. I won’t be just negative. I’ll be positive about the world.