AUSTIN, Texas — About 66 million years ago, an asteroid smashed into Earth, triggering a mass extinction that ended the reign of the dinosaurs and snuffed out 75 percent of life. 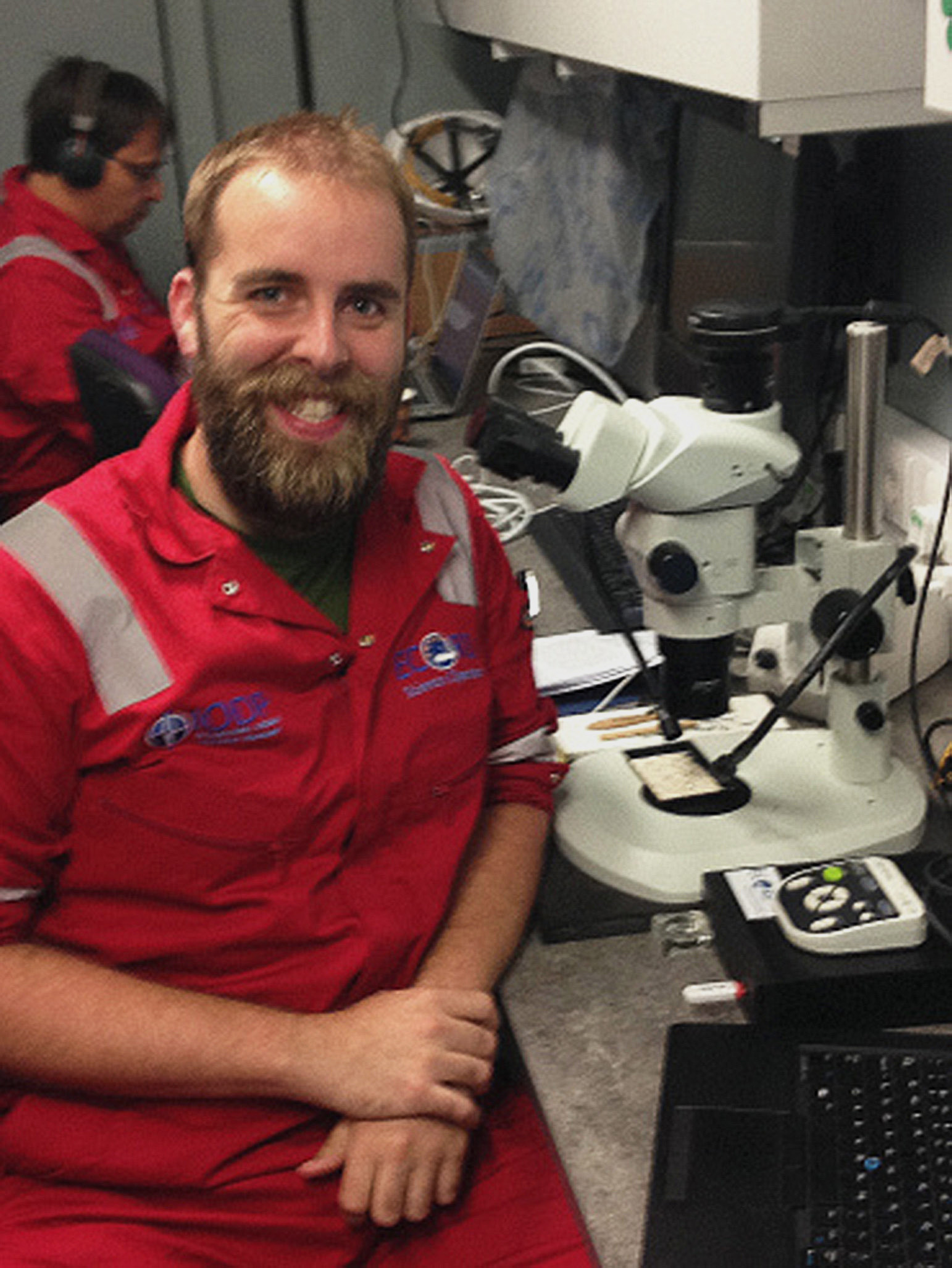 Lead author Chris Lowery examining microfossils on the scientific drilling mission that retrieved core samples from the crater left by the dino-killing asteroid. The University of Texas at Austin Jackson School of Geosciences/Chris Lowery.

Although the asteroid killed off species, new research led by The University of Texas at Austin has found that the crater it left behind was home to sea life less than a decade after impact, and it contained a thriving ecosystem within 30,000 years — a much quicker recovery than other sites around the globe.

Scientists were surprised by the findings, which undermine a theory that recovery at sites closest to the crater is the slowest due to environmental contaminants — such as toxic metals — released by the impact. Instead, the evidence suggests that recovery around the world was influenced primarily by local factors, a finding that could have implications for environments rocked by climate change today.

“We found life in the crater within a few years of impact, which is really fast, surprisingly fast,” said Chris Lowery, a postdoctoral researcher at the University of Texas Institute for Geophysics (UTIG) who led the research. “It shows that there’s not a lot of predictability of recovery in general.”

The research was published May 30 in the journal Nature. UTIG research scientists Gail Christeson and Sean Gulick and postdoctoral researcher Cornelia Rasmussen are co-authors on the paper, along with a team of international scientists. UTIG is a research unit of the Jackson School of Geosciences.

The evidence for life comes primarily in the form of microfossils — the remains of unicellular organisms such as algae and plankton — as well as the burrows of larger organisms discovered in a rock extracted from the crater during recent scientific drilling conducted jointly by the International Ocean Discovery Program and International Continental Drilling Program.

The tiny fossils are hard evidence that organisms inhabited the crater, but also a general indicator about habitability in the environment years after impact. The swift recovery suggests that other life forms aside from the microscopic were living in the crater shortly after impact.

“Microfossils let you get at this complete community picture of what’s going on,” Lowery said. “You get a chunk of rock and there’s thousands of microfossils there, so we can look at changes in the population with a really high degree of confidence … and we can use that as kind of a proxy for the larger scale organisms.” 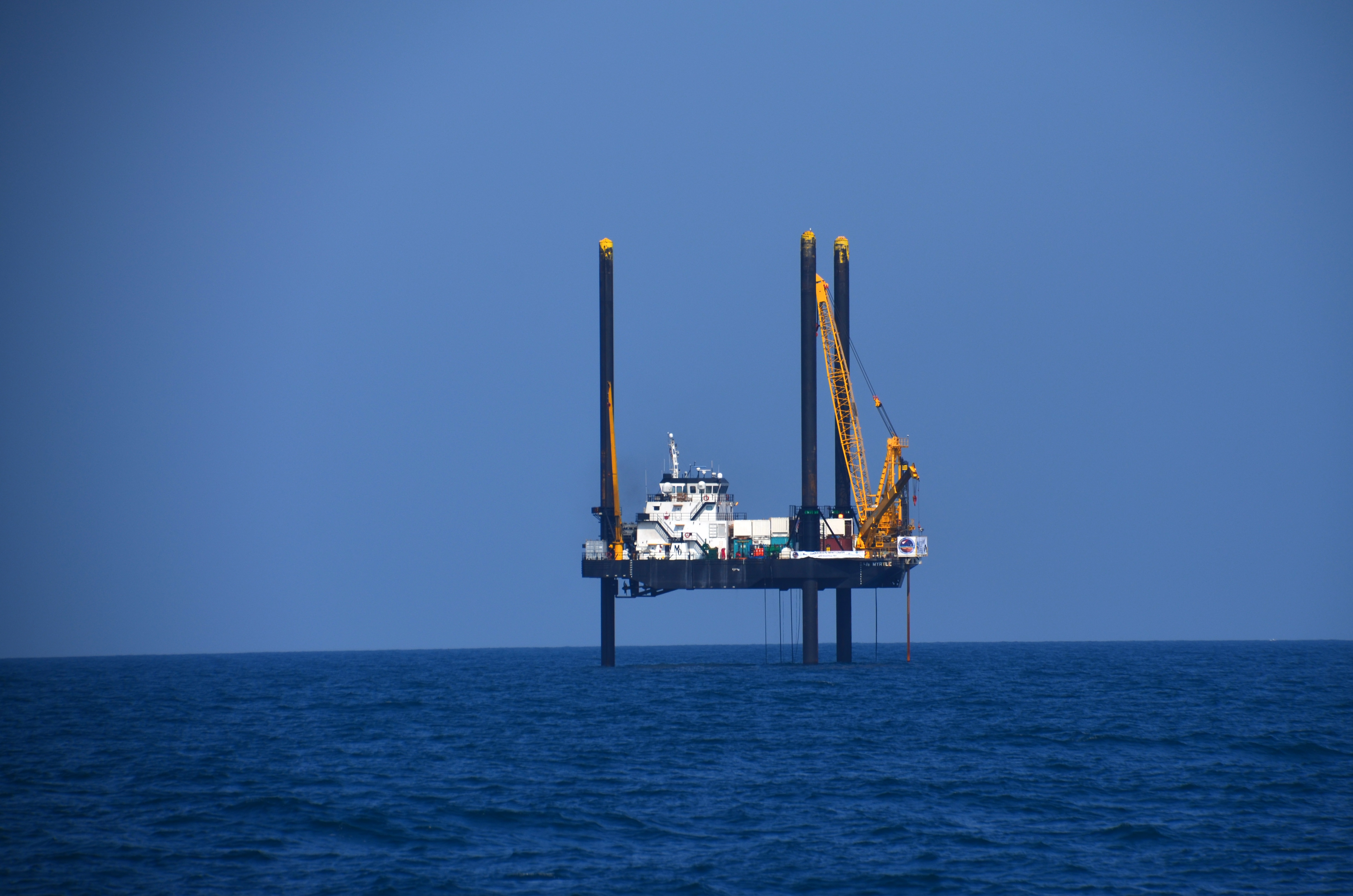 The core containing the first signs of life after the impact that wiped out the dinosaurs 66 million years ago was recovered from the crater by a 2016 scientific drilling mission conducted from the Lift Boat Myrtle, a boat raised above the seafloor by three legs. The University of Texas Jackson School of Geosciences/ Chris Lowery.

The scientists found the first evidence for the appearance of life two to three years after impact. The evidence included burrows made by small shrimp or worms. By 30,000 years after impact, a thriving ecosystem was present in the crater, with blooming phytoplankton (microscopic plants) supporting a diverse community of organisms in the surface waters and on the seafloor. In contrast, other areas around the world, including the North Atlantic and other areas of the Gulf of Mexico, took up to 300,000 years to recover in a similar manner.

The core containing the fossil evidence was extracted from the crater during a 2016 expedition co-led by the Jackson School. In this study, scientists zeroed in on a unique core section that captures the post-impact seafloor in unprecedented detail. Whereas core samples from other parts of the ocean hold only millimeters of material deposited in the moments after impact, the section from the crater used in this study contains more than 130 meters of such material, the upper 30 inches of which settled out slowly from the turbid water. This material provides a record that captures the seafloor environment days to years after the impact.

“You can see layering in this core, while in others, they’re generally mixed, meaning that the record of fossils and materials is all churned up, and you can’t resolve tiny time intervals,” said co-author Timothy Bralower, a micropaleontology professor at Pennsylvania State University. “We have a fossil record here where we’re able to resolve daily, weekly, monthly, yearly changes.”

Ellen Thomas, a senior research scientist in geology and geophysics at Yale University who was not part of the study, said that although she thinks the paper makes a strong case for a speedy recovery, she expects that the larger scientific community will be interested in digging into the data for themselves. 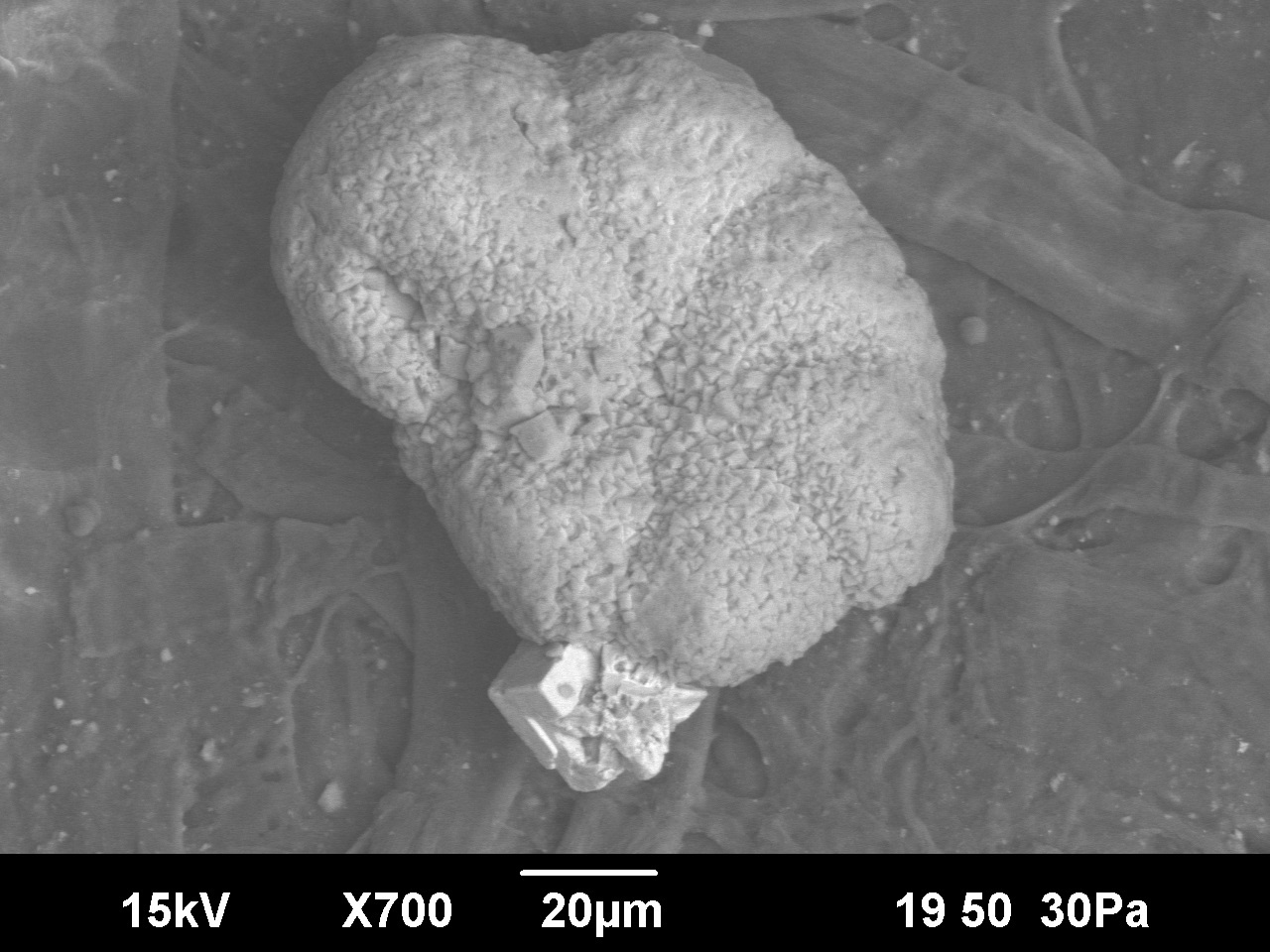 The plankton Parvularugoglobigerina eugubina is one of the first new species to appear in the aftermath of the end Cretaceous mass extinction. This specimen was found in the core drilled by International Ocean Discovery Program Expedition 364 to the Chicxulub impact crater. The University of Texas at Austin Jackson School of Geosciences/Chris Lowery.

“In my opinion, we will see considerable debate on the character, age, sedimentation rate and microfossil content … especially of the speculation that burrowing animals may have returned within years of the impact,” Thomas said.

The relatively rapid rebound of life in the crater suggests that although the asteroid caused the extinction, it didn’t hamper recovery. The scientists point to local factors, from water circulation to interactions between organisms and the availability of ecological niches, as having the most influence on a particular ecosystem’s recovery rate.

The findings indicate that recovery after a global catastrophe could be a local affair.