AUSTIN, Texas — An international team of scientists has discovered that the world’s ice shelves are being destabilized by forces from above and below, and have documented for the first time how these forces can work together to carve off enormous pieces of ice, allowing glaciers to accelerate their flow and adding to sea level rise.

The team, which included researchers from the University of Texas Institute for Geophysics (UTIG) in a project led by University of Waterloo Professor Christine Dow, found that warm ocean water flowing in channels beneath Antarctic ice shelves is thinning the ice from below so much that the ice in the channels is cracking. Surface meltwater can then flow into these fractures, further destabilizing the ice shelf and increasing the chances that substantial pieces will break away. UTIG is a research unit of the UT Jackson School of Geosciences.

The researchers documented this mechanism in a major ice breakup, or calving, event in 2016 at Antarctica’s Nansen Ice Shelf, according to a study published June 13 in AAAS Science Advances. The team also found fractures associated with channels underneath ice shelves in nearly every major outlet of Antarctic ice to the ocean as well as on Greenland’s largest ice shelf in the Arctic.

The findings are concerning because ice shelves, which are floating extensions of continental glaciers, slow the flow of ice into the ocean and help control the rate of sea level rise, according to the study. As atmospheric temperatures are expected to rise in the coming decades and centuries, more surface meltwater will be available on fractured ice shelves, which could result in many more catastrophic ice loss events.

“We are learning that ice shelves are more vulnerable to rising ocean and air temperatures than we thought,” said Dow, lead author of the study. “There are dual processes going on here. One that is destabilizing from below and another from above. This information could have an impact on our projected timelines for ice shelf collapse and resulting sea level rise due to climate change.”

Sandwiched between a dynamic ocean and atmosphere, ice shelves are inherently vulnerable to a variety of processes that can compromise their integrity. However, until now there were no known links between surface and bottom melting processes.

The findings are an important development for the team of UTIG researchers and others who have spent many years acquiring data over areas of Antarctica that are particularly vulnerable to rapid ice loss. Suddenly removing the ice shelves attached to these sensitive areas could initiate glacier retreat and accelerate sea level rise. 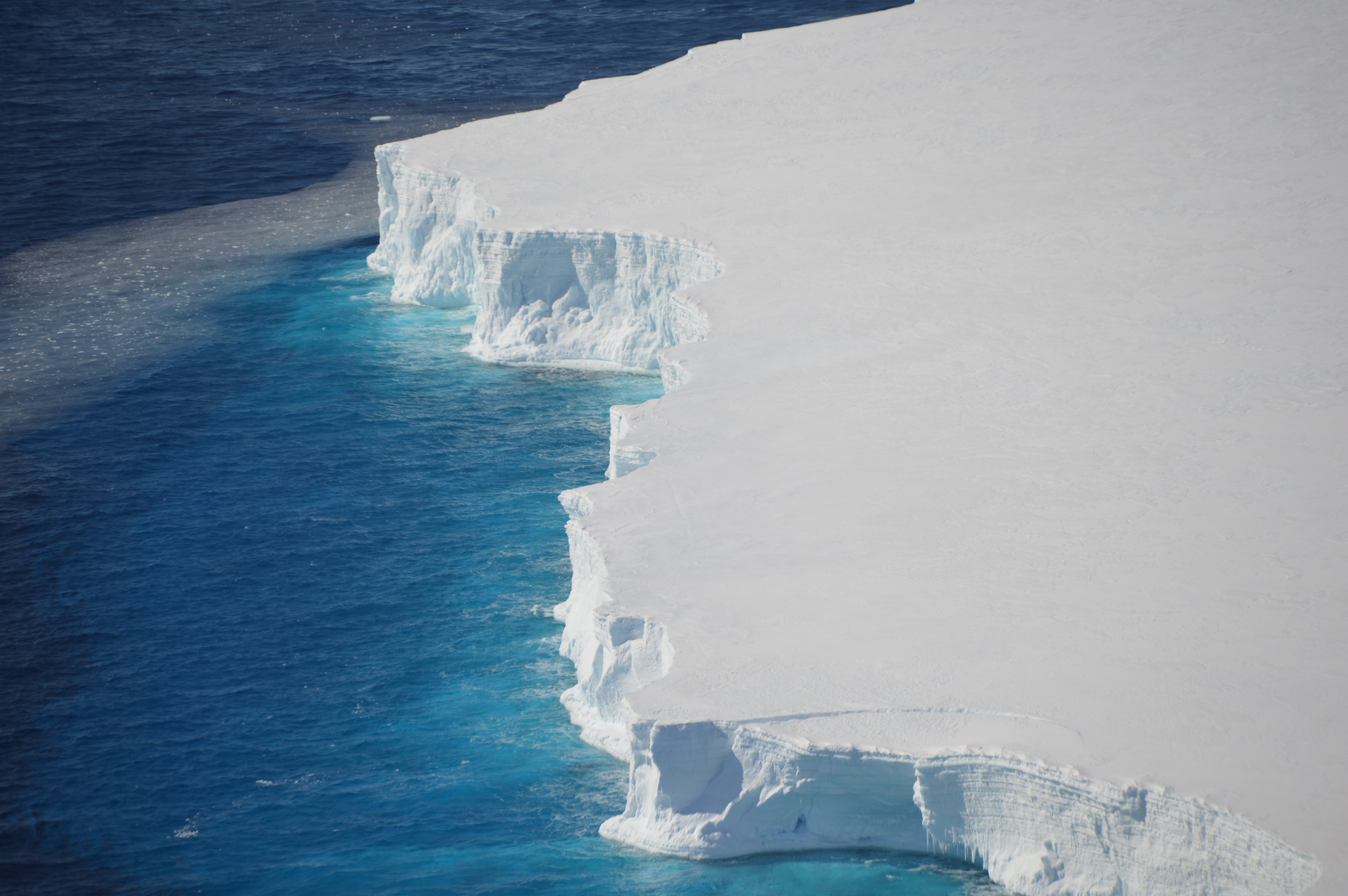 “We’re beginning to understand how the retreat of Antarctica’s sensitive glaciers probably begins in a warming climate,” said Donald D. Blankenship, a UTIG senior research scientist and co-author of the new study. “It’s interesting and, of course, troubling that the impacts of ocean and atmosphere melting can combine to accelerate the loss of important ice shelves.”

In the case of the calving event on the Nansen Ice Shelf, researchers discovered a spectacular river of surface meltwater pouring into a massive rift in the ice shelf in 2014. Some in the scientific community thought the river could have a stabilizing effect on the ice shelf by removing water that might otherwise form into melt ponds. However, a different and more worrying story emerged when two large icebergs broke off at the fracture. The research team used radar surveys and satellite imagery to link the calving event to the channels melted into the bottom of the ice shelf and the impact of the surface melt.

The research represents a close collaboration between researchers from Canada, the United States and South Korea and one component of an ongoing collaborative initiative called the Land-Ice/Ocean Network Exploration with Semiautonomous Systems (LIONESS) program.

The study used many data sets collected by both airborne and satellite platforms. Most of the airborne data used were gathered as part of the UTIG-led International Collaboration for Exploration of the Cryosphere through Aerogeophysical Profiling (ICECAP) project, with support from the U.K.’s Natural Environment Research Council, the U.S. National Science Foundation, the Australian Antarctic Division, NASA’s Operation IceBridge, the G. Unger Vetlesen Foundation, UT Austin’s Jackson School of Geosciences, and the NSF-supported GIMBLE (Geophysical Investigations of Marie Byrd Land Lithospheric Evolution) project. The UTIG team collected data over four of the targets discussed in the study using an airplane loaded with equipment to analyze the ice, including radar that measures ice thickness, and lasers to measure the shape and elevation of the ice surface. Satellite data were acquired by NASA and the U.S. Geological Survey.