Compared with the rest of the animal kingdom, mammals have the biggest brains and produce some of the smallest litters of offspring. A newly described fossil of an extinct mammal relative — and her 38 babies — is among the best evidence that a key development in the evolution of mammals was trading brood power for brain power. 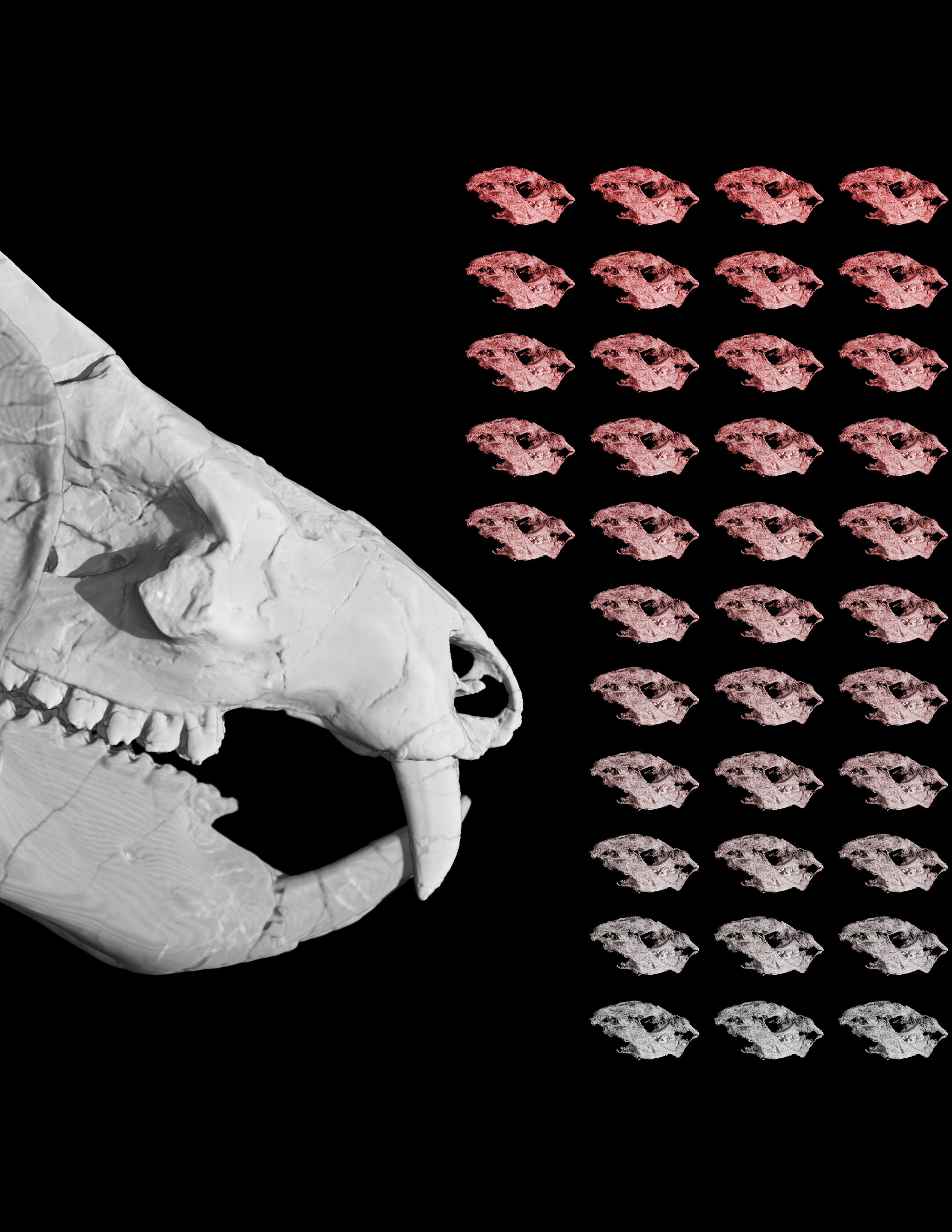 A figure representing the 38 Kayentatherium babies found with an adult specimen. They are the only known fossils of babies from an extinct mammal relative that lived during the Early Jurassic. Eva Hoffman / The University of Texas at Austin.

The find is among the rarest of the rare because it contains the only known fossils of babies from any mammal precursor, said researchers from The University of Texas at Austin who discovered and studied the fossilized family. But the presence of so many babies — more than twice the average litter size of any living mammal — revealed that it reproduced in a manner akin to reptiles. Researchers think the babies were probably developing inside eggs or had just recently hatched when they died.

The study, published in the journal Nature on Aug. 29, describes specimens that researchers say may help reveal how mammals evolved a different approach to reproduction than their ancestors, which produced large numbers of offspring.

“These babies are from a really important point in the evolutionary tree,” said Eva Hoffman, who led research on the fossil as a graduate student at the UT Jackson School of Geosciences. “They had a lot of features similar to modern mammals, features that are relevant in understanding mammalian evolution.” 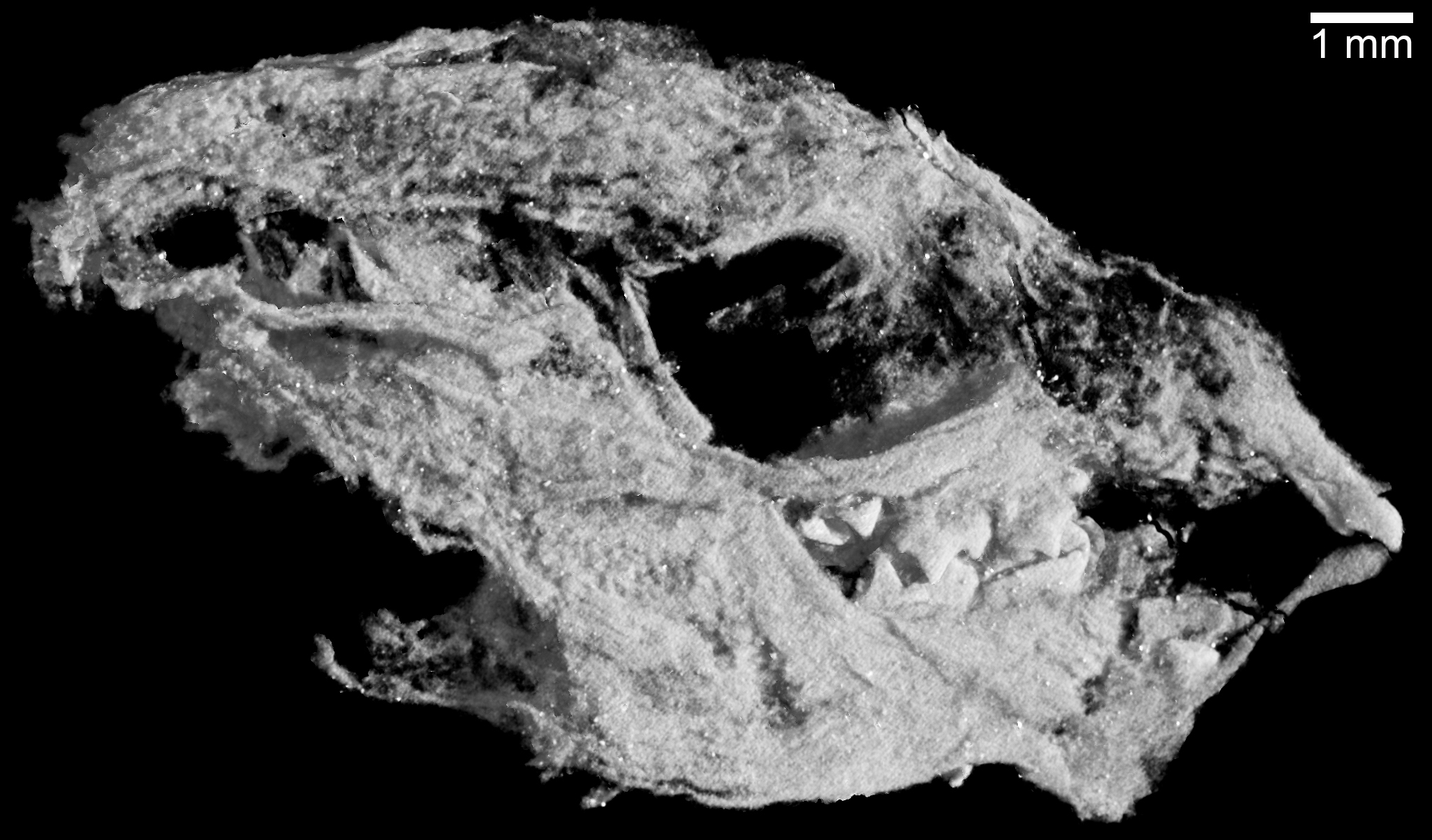 The skull of a baby Kayentatherium. It is about 1 centimeter long. Eva Hoffman / The University of Texas at Austin.

The mammal relative belonged to an extinct species of beagle-size plant-eaters called Kayentatherium wellesi that lived alongside dinosaurs about 185 million years ago. Like mammals, Kayentatherium probably had hair.

When Rowe collected the fossil more than 18 years ago from a rock formation in Arizona, he thought that he was bringing a single specimen back with him. He had no idea about the dozens of babies it contained.

Sebastian Egberts, a former graduate student and fossil preparator at the Jackson School, spotted the first sign of the babies years later when a grain-sized speck of tooth enamel caught his eye in 2009 as he was unpacking the fossil.

“It didn’t look like a pointy fish tooth or a small tooth from a primitive reptile,” said Egberts, who is now an instructor of anatomy at the Philadelphia College of Osteopathic Medicine. “It looked more like a molariform tooth (molar-like tooth) — and that got me very excited.”

A CT scan of the fossil revealed a handful of bones inside the rock. However, it took advances in CT-imaging technology during the next seven years, the expertise of technicians at UT Austin’s High-Resolution X-ray Computed Tomography Facility (UTCT), and extensive digital processing by Hoffman to reveal the rest of the babies — not only jaws and teeth, but complete skulls and partial skeletons.

The 3D visualizations Hoffman produced allowed her to conduct an in-depth analysis of the fossil that verified that the tiny bones belonged to babies and were the same species as the adult. Her analysis also revealed that the skulls of the babies were like scaled-down replicas of the adult, with skulls a tenth the size but otherwise proportional. This finding is in contrast to mammals, which have babies that are born with shortened faces and bulbous heads to account for big brains. 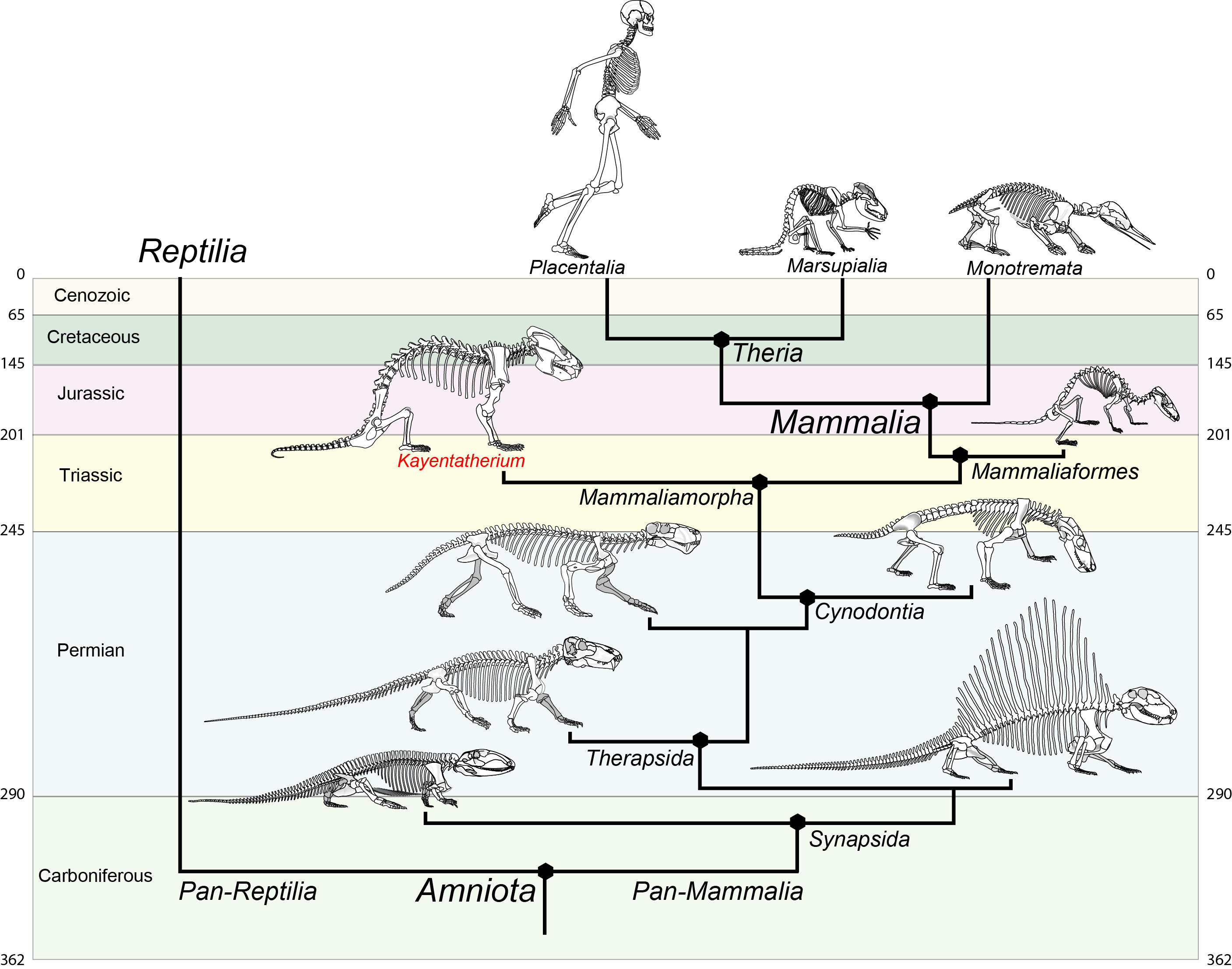 The fossils discovered by the researchers belong to Kayentatherium, an extinct mammal relative that lived during the Early Jurassic. Eva Hoffman / The University of Texas at Austin.

The brain is an energy-intensive organ, and pregnancy — not to mention childrearing — is an energy-intensive process. The discovery that Kayentatherium had a tiny brain and many babies, despite otherwise having much in common with mammals, suggests that a critical step in the evolution of mammals was trading big litters for big brains, and that this step happened later in mammalian evolution.

The mammalian approach to reproduction directly relates to human development — including the development of our own brains. By looking back at our early mammalian ancestors, humans can learn more about the evolutionary process that helped shape who we are as a species, he said.

“There are additional deep stories on the evolution of development, and the evolution of mammalian intelligence and behavior and physiology that can be squeezed out of a remarkable fossil like this now that we have the technology to study it,” Rowe said.

Funding for the research was provided by the National Science Foundation, The University of Texas Geology Foundation and the Jackson School of Geosciences.