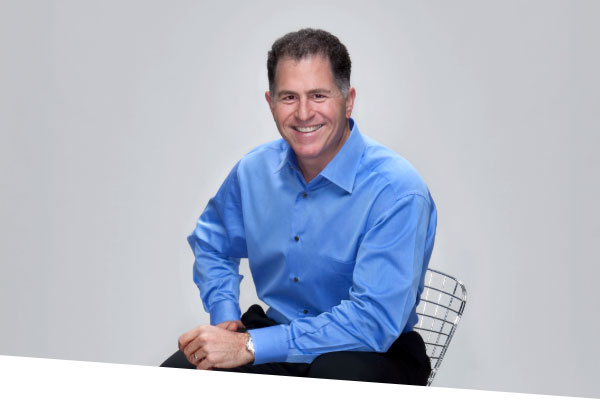 AUSTIN, Texas — Michael S. Dell, chairman and chief executive officer of Dell Technologies and co-founder of the Michael & Susan Dell Foundation, will deliver the keynote address at The University of Texas at Austin’s 136th spring commencement May 25 on the university’s South Mall.

“During his freshman year at The University of Texas, Michael Dell founded a computer company that would go on to become one of the most influential technology companies in the world. And throughout his remarkable life and career, Michael has continually invested in the future of UT students and the university’s mission, most notably in helping launch the Dell Medical School,” said President Gregory L. Fenves. “By speaking at UT’s 136th Spring Commencement, Michael will be able to tell his story and provide inspiration and wisdom to a new class of Longhorns.”

The university-wide commencement ceremony at 8 p.m. will be preceded by a 7 p.m. carillon prelude and a commencement concert by members of the university’s Chamber Singer, Concert Chorale and Wind Ensemble. There are 7,076 students eligible to receive their degrees this spring.

“I’m honored to join the Class of 2019 on their big day,” said Michael Dell. “They have so much opportunity in front of them. I look forward to comparing notes from my time at UT, as well as sharing my thoughts about how we can bring technology into balance with our humanity.”

Dell, who attended UT Austin during the 1980s and is a 1991 recipient of the Texas Exes Outstanding Young Texas Ex Award, founded the Dell Computer Corporation in 1984 with $1,000 and the idea of selling computer systems directly to customers. In 1992, he became the youngest CEO ever to earn a ranking on the Fortune 500. Dell took the company private in 2013, setting the stage to architect the largest technology deal in history with the combination of Dell and EMC in 2016.

Today, Dell Technologies, which encompasses Dell, Dell EMC, Pivotal, RSA, Secureworks, Virtustream and VMware, has revenues of $90 billion and 145,000 team members. The company is considered one of the world’s largest IT organizations serving the needs of global corporations and governments to small businesses and consumers. Michael Dell is also an honorary member of the Foundation Board of the World Economic Forum and is an executive committee member of the International Business Council.

In 1999, Dell and his wife, Susan, established the Michael & Susan Dell Foundation which is dedicated to transforming the lives of children living in urban poverty through improving their education, health and family economic stability and has committed more than $1.6 billion to create opportunities for low-income families across the United States, India and South Africa. As part of its Austin investments, the Michael & Susan Dell Foundation has committed over $135 million to the University of Texas at Austin to date, including $88 million to establish the Dell Medical School and the Dell Pediatric Research Institute, and $10 million to build the Dell Computer Science Hall.