AUSTIN, Texas — The papers of American poet Frederick Seidel (b. 1936) have been acquired by the Harry Ransom Center, a humanities research library and museum at The University of Texas at Austin.

The archive contains working drafts of 12 of Seidel’s major collections, handwritten poems and notes, as well as unfinished and unpublished poems. The circle of acquaintance represented in the archive is wide, and present is correspondence with Leonard Bernstein, T.S. Eliot, Elizabeth Hardwick, Anthony Hecht, Stanley Kunitz, Robert Lowell, Anne Sexton and others. The archive contains pocket diaries, photographs, reviews and other documentation of this most singular poetic life.

“The Frederick Seidel Papers will shed light on this most elusive and private of poets,” said Stephen Enniss, director of the Harry Ransom Center. “The archive will allow researchers to probe the boundaries between the writer Frederick Seidel and the observing figure that inhabits this distinguished body of work. His very iconoclasm casts a bright light on the beautiful and the ugly in contemporary life, and he has left us a body of work that future readers will turn to to better understand our time.”

Seidel has been captivating and provoking readers for more than 50 years, since Louise Bogan, Stanley Kunitz and Robert Lowell selected his “Final Solutions” for a poetry prize administered by the 92nd Street Y. The judges’ decision was overturned when Seidel refused to make changes to the manuscript, which was deemed too controversial for publication.  The book was later published by Random House in 1963. 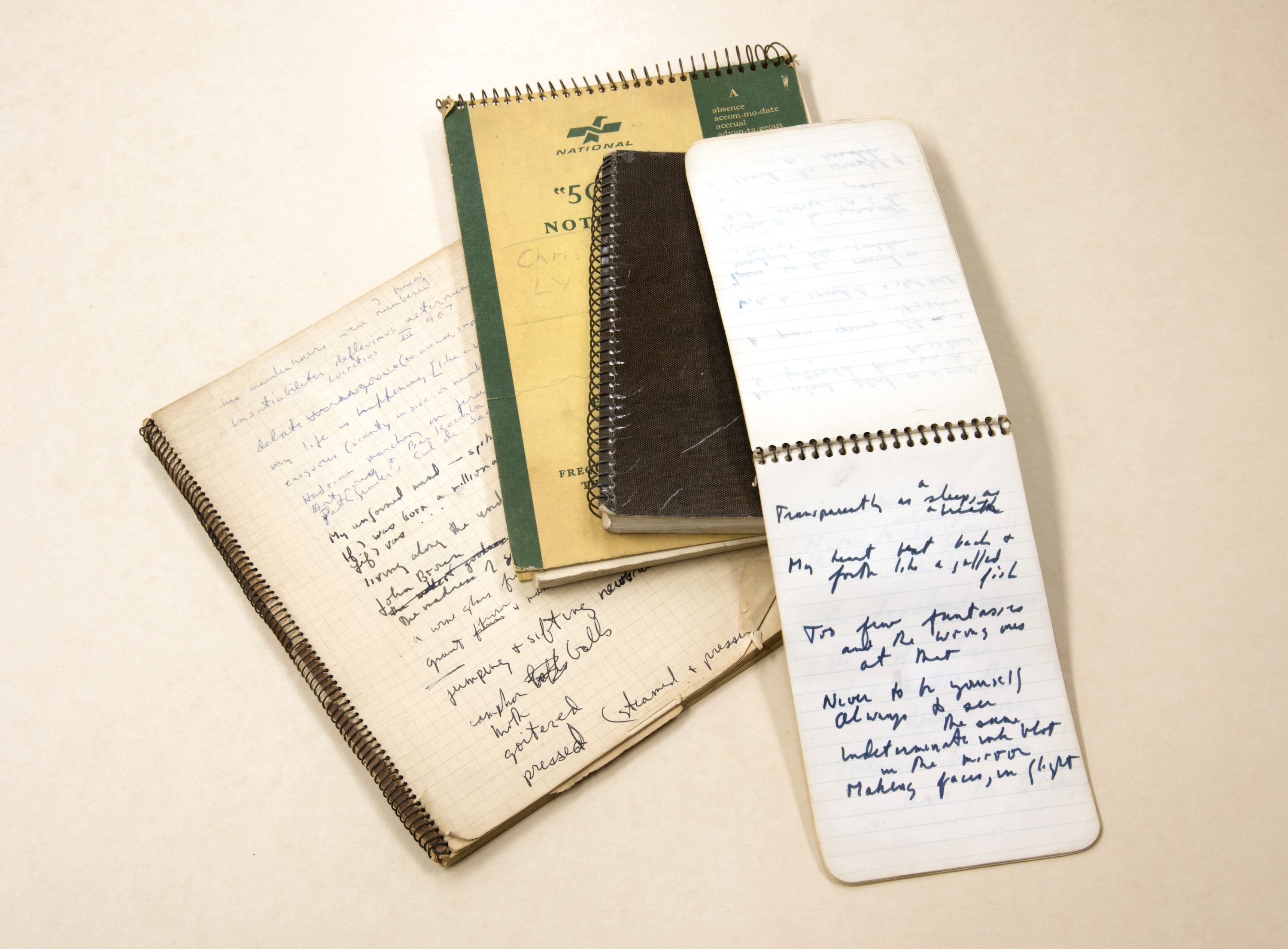 He did not publish another book for 17 years, but since the relaunch of his career with “Sunrise” in 1979, he has published 14 collections and two selections of his work. “Sunrise” won the Lamont Poetry Prize, and “Going Fast” was a finalist for the Pulitzer Prize in 1999. His “Collected Poems, 1959-2009” was published by Farrar, Straus and Giroux in 2009.

Poet Calvin Bedient once called Seidel “the poet the 20th century deserved,” an acknowledgment of the way a Seidel poem gives expression to elements of our contemporary experience we might prefer be left unsaid. Seidel often explores themes of wealth, privilege, race and sex, putting his work in the crosshairs of contemporary cultural debates. Of his own work, Seidel has said simply, “Everything in the poems is true.”

Seidel’s publisher Jonathan Galassi, commenting on the provocative nature of his work, said “he has made a private myth that is one of the great aesthetic constructions of our era, joyfully doffing his cap as he vrooms toward oblivion on one of the fiery motorcycles he extols but no longer rides.” He adds, “He is the last flâneur, a consummate artist whose work affords great joy.”

The Seidel papers join the Ransom Center’s deep collections of English and American poetry including the papers of Billy Collins, Robert Lowell, Ezra Pound, Anne Sexton, James Tate and Dara Wier, among others.

Books That Foster Meaningful Reflection on the Black Experience

The Universe Doesn’t Stop for the Pandemic

Read More The Universe Doesn’t Stop for the Pandemic