University of Texas professor John Goodenough will receive the Nobel Prize in Chemistry tomorrow at a ceremony in Sweden.

Goodenough won the award for his part in developing the lithium-ion battery, which powers most cell phones, electric cars and other portable electronic devices. At 97-years-old, he is the oldest person to ever win a Nobel Prize.

He’s not the first Longhorn laureate, of course.

Eight UT professors and alumni have won a Nobel Prize. Their pioneering work proves that what starts here really does change the world. They include: 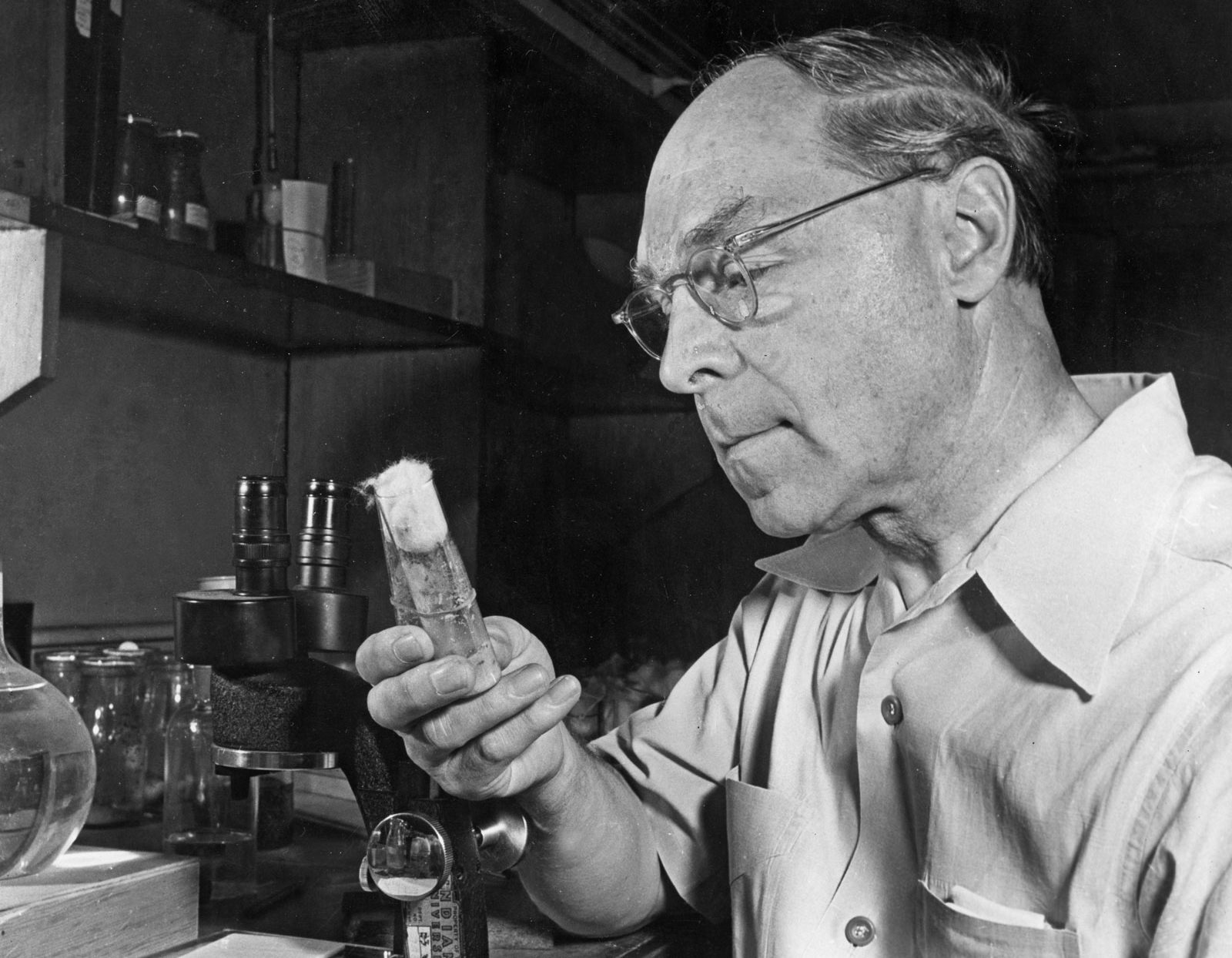 Hermann Joseph Muller, a UT professor from 1920 to 1932, won the 1946 Nobel Prize in Physiology or Medicine. He was the first to show that radiation from X-rays could cause gene mutations and played a key role in early efforts to promote public awareness of the dangers of radiation.

Ilya Prigogine, a former UT professor, won the 1977 Nobel Prize in Chemistry. He showed how complex structures, such as life on Earth, could arise despite a law of physics that says all physical systems tend to become less organized over time. His research could also help explain the growth of cities and the dynamics of traffic jams.

UT professor Steven Weinberg won the 1979 Nobel Prize in Physics. He proposed a theory unifying two fundamental forces of nature that led to the development of what is known as the Standard Model of particle physics – the model that predicted the existence of the Higgs boson “God particle.” Weinberg is considered by many to be the preeminent living theoretical physicist.

UT alumnus E. Donnall Thomas, B.A. ‘41, M.A. ’43, won the 1990 Nobel Prize in Physiology or Medicine. Known as the father of bone marrow transplantation, he showed bone marrow could be successfully transplanted to treat illnesses such as leukemia, a discovery that paved the way for the use of organ and cell transplants as a way to treat diseases.

UT alumnus John Maxwell “J.M.” Coetzee, Ph.D. ’69, won the 2003 Nobel Prize in Literature. One of the most award-winning English-language authors alive, he was the first to win the prestigious Booker prize twice for “The Life & Times of Michael K” in 1983 and “Disgrace” in 1989. The Swedish Academy praised the universal and humanistic character of his literary work.

UT alumnus Michael W. Young won the 2017 Nobel Prize in Physiology or Medicine. He shared the award with Jeffrey Hall and Michael Rosbash for research that led to the understanding of how plants, animals and humans synchronize their biological clocks with the Earth’s rotation. The three researchers analyzed genes of fruit flies and discovered that genes accumulated a specific protein at night that gradually degraded during daylight hours. Read more here. 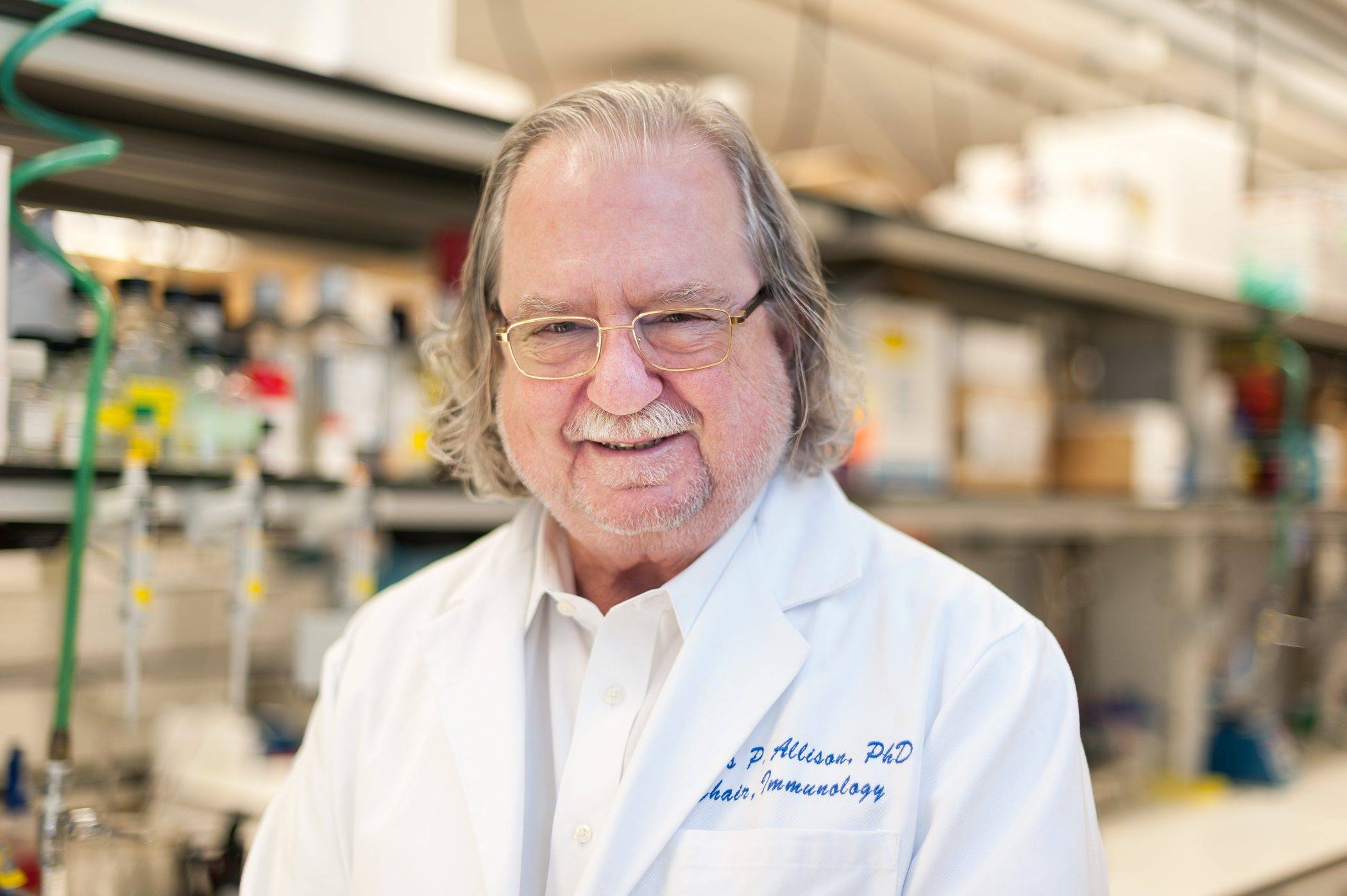 UT alumnus James Allison, B.A. ’69, Ph.D. ’73, won the 2018 Nobel Prize in Physiology or Medicine. Allison, who is chairman of immunology at MD Anderson Cancer Center, shared the award with Tasuku Honjo of Kyoto University for discovering a new way to attack cancer by releasing the brakes on immune cells, “a major landmark in the fight against cancer.” Allison’s pioneering work in immunotherapy has saved countless lives and turned once untreatable diagnoses into ones that are now treatable and beatable. Read more here. 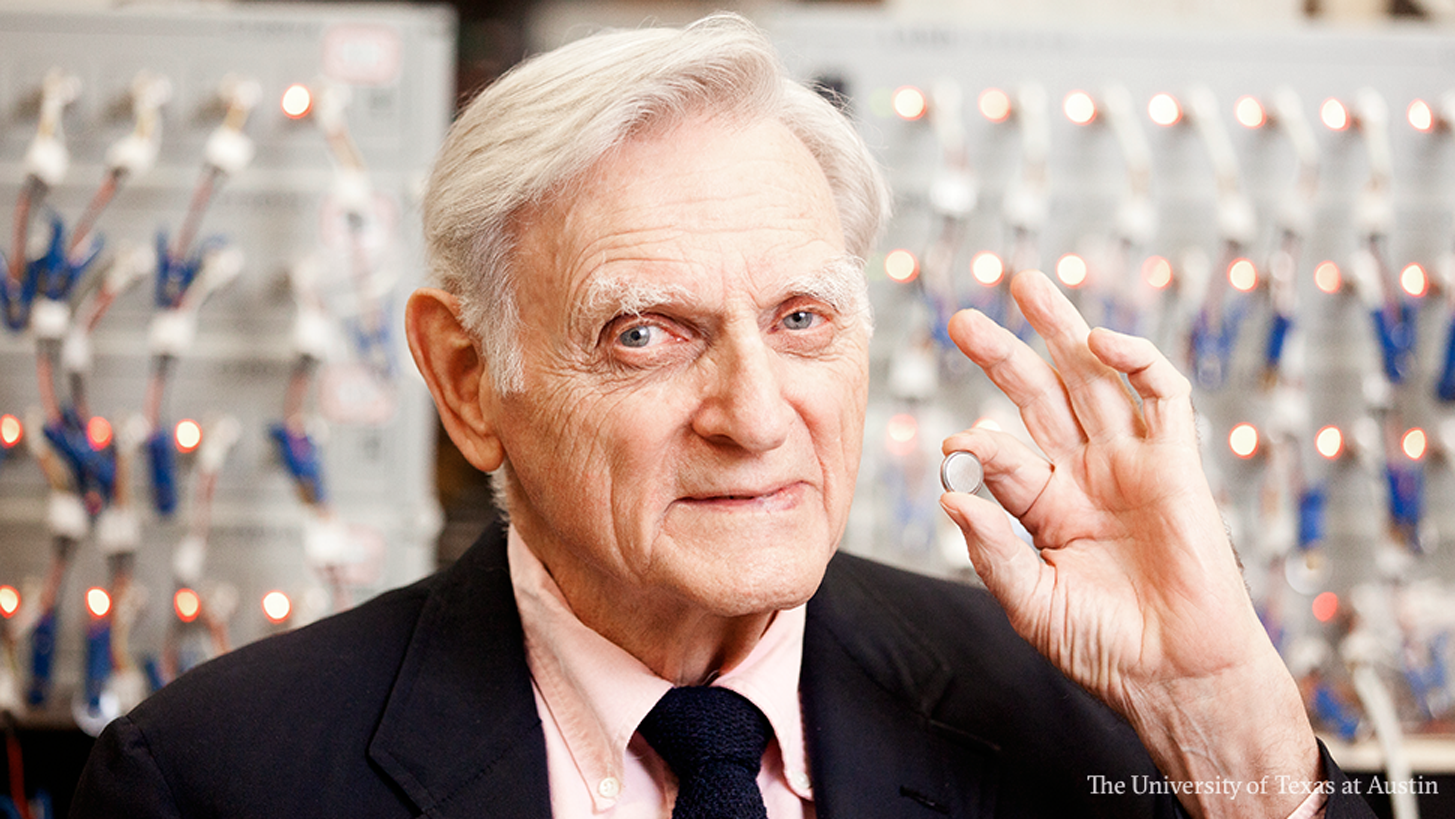 John Goodenough, a professor in the Cockrell School of Engineering, won the Nobel Prize in Chemistry for his part in developing the lithium-ion battery, which powers most portable electronic devices, including cell phones and laptop computers. The lithium-ion battery can also store significant energy from solar and wind power, which has allowed for the development of new clean energy technologies. Goodenough won the award jointly with Stanley Whittingham of the State University of New York at Binghamton and Akira Yoshino of Meijo University.  In the words of the Nobel Foundation, “Through their work, they have created the right conditions for a wireless and fossil fuel-free society, and so brought the greatest benefit to humankind.” Read more on the lithium-ion battery here.