AUSTIN, Texas — Researchers in the Cockrell School of Engineering at The University of Texas at Austin have built a new type of battery that combines the many benefits of existing options while eliminating their key shortcomings and saving energy.

Solid-state batteries feature significant capacity for energy storage, but they typically encounter numerous problems that cause them to degrade over time and become less efficient. Liquid-state batteries can deliver energy more efficiently, without the long-term decay of sold-state devices, but they either fall short on high energy demands or require significant resources to constantly heat the electrodes and keep them molten. 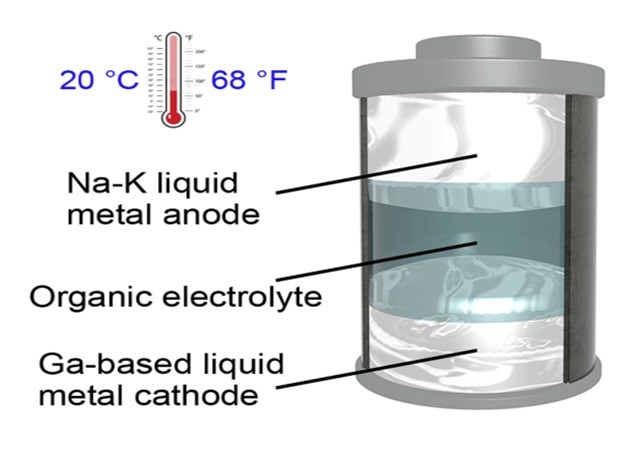 “This battery can provide all the benefits of both solid- and liquid-state — including more energy, increased stability and flexibility — without the respective drawbacks, while also saving energy,” said Yu Ding, a postdoctoral researcher in associate professor Guihua Yu’s research group in the Walker Department of Mechanical Engineering. Ding is the lead author of a paper on the room-temperature battery the team published recently in Advanced Materials.

The battery includes a sodium-potassium alloy as the anode and a gallium-based alloy as the cathode. In the paper, the researchers note that it may be possible to create a battery with even lower melting points using different materials.

The room-temperature battery promises more power than today’s lithium-ion batteries, which are the backbone of most personal electronics. It can charge and deliver energy several times faster, the researchers said.

Because of the liquid components, the battery can be scaled up or down easily, depending on the power needed. The bigger the battery, the more power it can deliver. That flexibility allows these batteries to potentially power everything from smartphones and watches to the infrastructure underpinning the movement toward renewable energy.

“We are excited to see that liquid metal could provide a promising alternative to replace conventional electrodes,” Professor Yu said. “Given the high energy and power density demonstrated, this innovative cell could be potentially implemented for both smart grid and wearable electronics.”

The researchers have spent more than three years on this project, but the job isn’t done yet. Many of the elements that constitute the backbone of this new battery are more abundant than some of the key materials in traditional batteries, making them potentially easier and less expensive to produce on a large scale. However, gallium remains an expensive material. Finding alternative materials that can deliver the same performance while reducing the cost of production remains a key challenge. 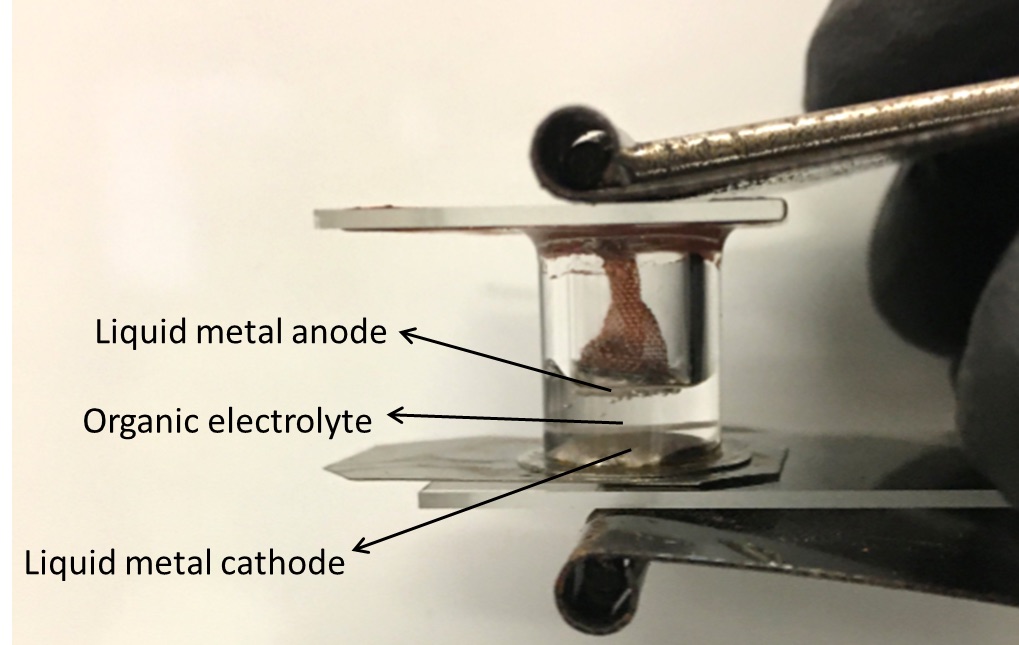 The next step to increasing the power of the room-temperature battery comes in improving the electrolytes — the components that allow the electrical charge to flow through the battery.

“Although our battery cannot compete with high-temperature, liquid-metal batteries at the current stage, better power capability is expected if advanced electrolytes are designed with high conductivity,” Ding said.