AUSTIN, Texas — Urea is a critical element found in everything from fertilizers to skin care products. Large-scale production of urea, which is naturally a product of human urine, is a massive undertaking, making up about 2% of global energy use and emissions today.

For decades, scientists and engineers have sought to make this process more energy efficient as demand for fertilizer grows with increased population. An international research team that includes scientists and engineers from The University of Texas at Austin has devised a new method for making urea that is more environmentally friendly than today’s process and produces enough to be competitive with energy-intensive industrial methods.

Making urea today involves a two-step thermal process that requires high levels of heat and pressure under controlled harsh environments. But this new process requires just one step and relies on a concept called electrocatalysis that uses electricity — and potentially sunlight — to trigger chemical reactions in a solution at room temperature in ambient conditions.

“Around the world we need to lower emissions. That’s why we want to develop these more sustainable pathways to produce urea using electrocatalysis instead of this energy-intensive two-step process,” said Guihua Yu, an associate professor of materials science in the Cockrell School of Engineering’s Walker Department of Mechanical Engineering who co-lead the team that published a new milestone paper about the process in Nature Sustainability. 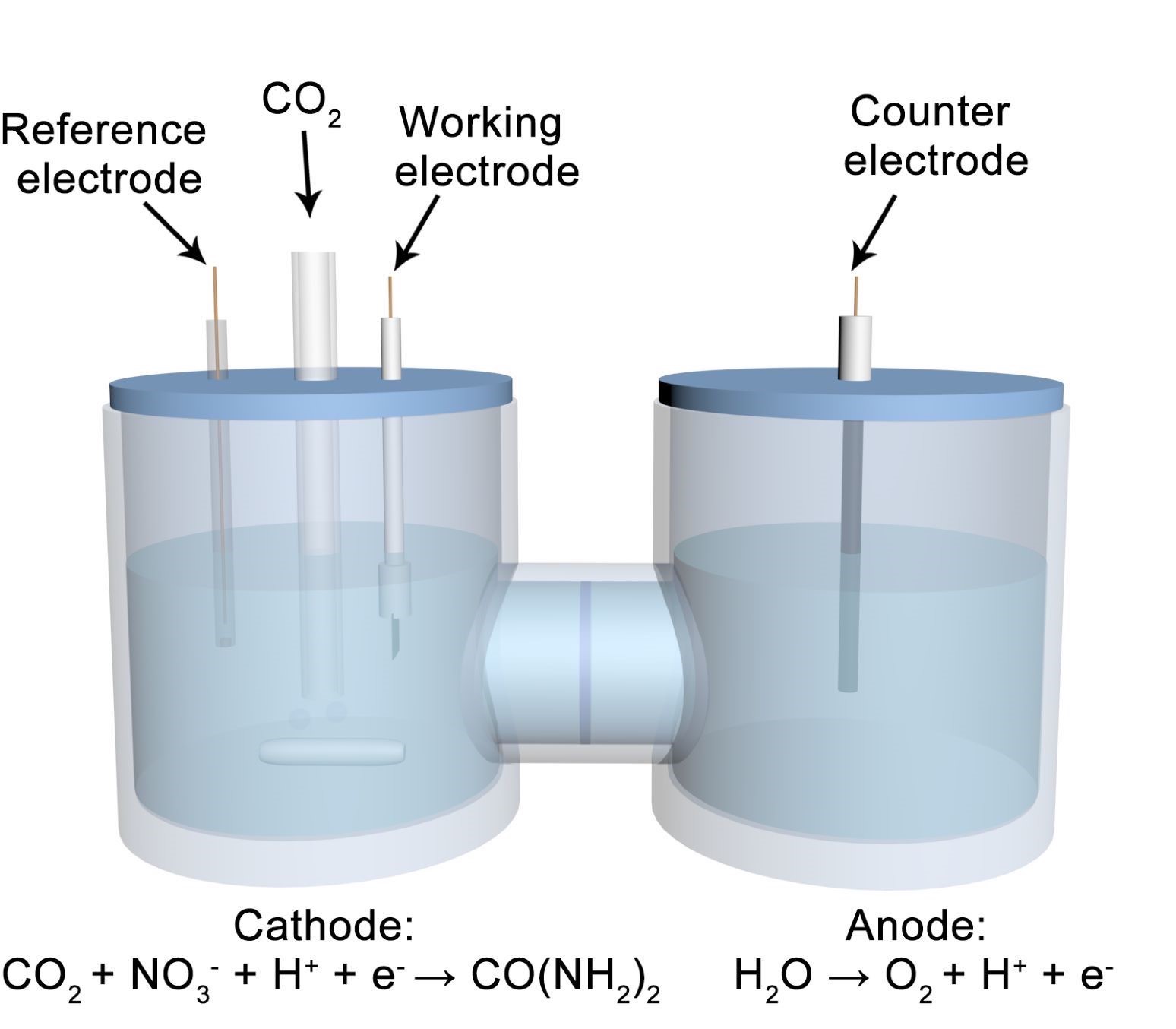 Today, synthetic urea is produced primarily via the Haber-Bosch method — which is known as one of the greatest inventions of the 20th century because it enabled mass production of fertilizer and helped increase global food supply. It combines nitrogen and hydrogen to make ammonia, which then bonds with carbon dioxide to make urea. This two-step process requires heating to 400 or 500 degrees Fahrenheit to perform the reaction, using huge amounts of energy and producing significant emissions along the way.

Producing urea through electrocatalysis is an alternative process that is more sustainable and energy efficient. However, this method historically has not produced enough to make it viable. It created too many byproducts and required much energy to break the bonds of the molecular building blocks to trigger the reaction.

Finding the right elements or catalysts to create an efficient chemical reaction was the primary challenge. The UT team used nitrate, instead of the typical nitrogen, to bond with carbon dioxide. And the catalyst solution is composed of indium hydroxide nanomaterials.

This highly efficient nanomaterial electrocatalyst has “high selectivity,” Yu said, meaning it produces only what the researchers want it to produce, not a bunch of byproducts. And it creates a higher yield of urea than previous attempts using electrocatalysis.

“It takes much less energy to break the bonds of nitrate, compared to nitrogen, and that helps produce a lot higher yield of urea,” Yu said.

Yu sees this formula as applicable to large- and small-scale uses. Electrocatalytic devices could be operated by individuals and sold to individual farms so they could generate their own urea for soil. And the hope is to provide alternative solutions to large-scale industrial processes to reduce energy use, which can play a role in a more sustainable future as the population and demand for urea will surely grow.

Next steps in this process involve improving further the yield and selectivity, as well as a prototype device that can scale up production. And the research team is trying to find a way to power the process using solar energy rather than direct electricity.

This research was supported by grants from the U.S. Department of Energy and the Welch Foundation. The project includes researchers from Nanyang Technological University in Singapore and from the University of Science and Technology of China and Harbin Institute of Technology.