AUSTIN, Texas — A first-ever database compiling movement of the largest rivers in the world over time could become a crucial tool for urban planners to better understand the deltas that are home to these rivers and a large portion of Earth’s population.

The database, created by researchers at The University of Texas at Austin, uses publicly available remote sensing data to show how the river centerlines of the world’s 48 most threatened deltas have moved during the past 40 years. The data can be used to predict how rivers will continue to move over time and help governments manage population density and future development.

“When we think about river management strategies, we have very little to no information about how rivers are moving over time,” said Paola Passalacqua, an associate professor in the Cockrell School of Engineering’s Department of Civil, Architectural and Environmental Engineering who leads the ongoing river analysis research.

The research was published today in Proceedings of the National Academy of Sciences.

The database includes three U.S. rivers, the Mississippi, the Colorado and the Rio Grande. Although some areas of these deltas are experiencing migration, overall, they are mostly stable, the data show. Aggressive containment strategies to keep those rivers in their place, especially near population centers, play a role in that, Passalacqua said. 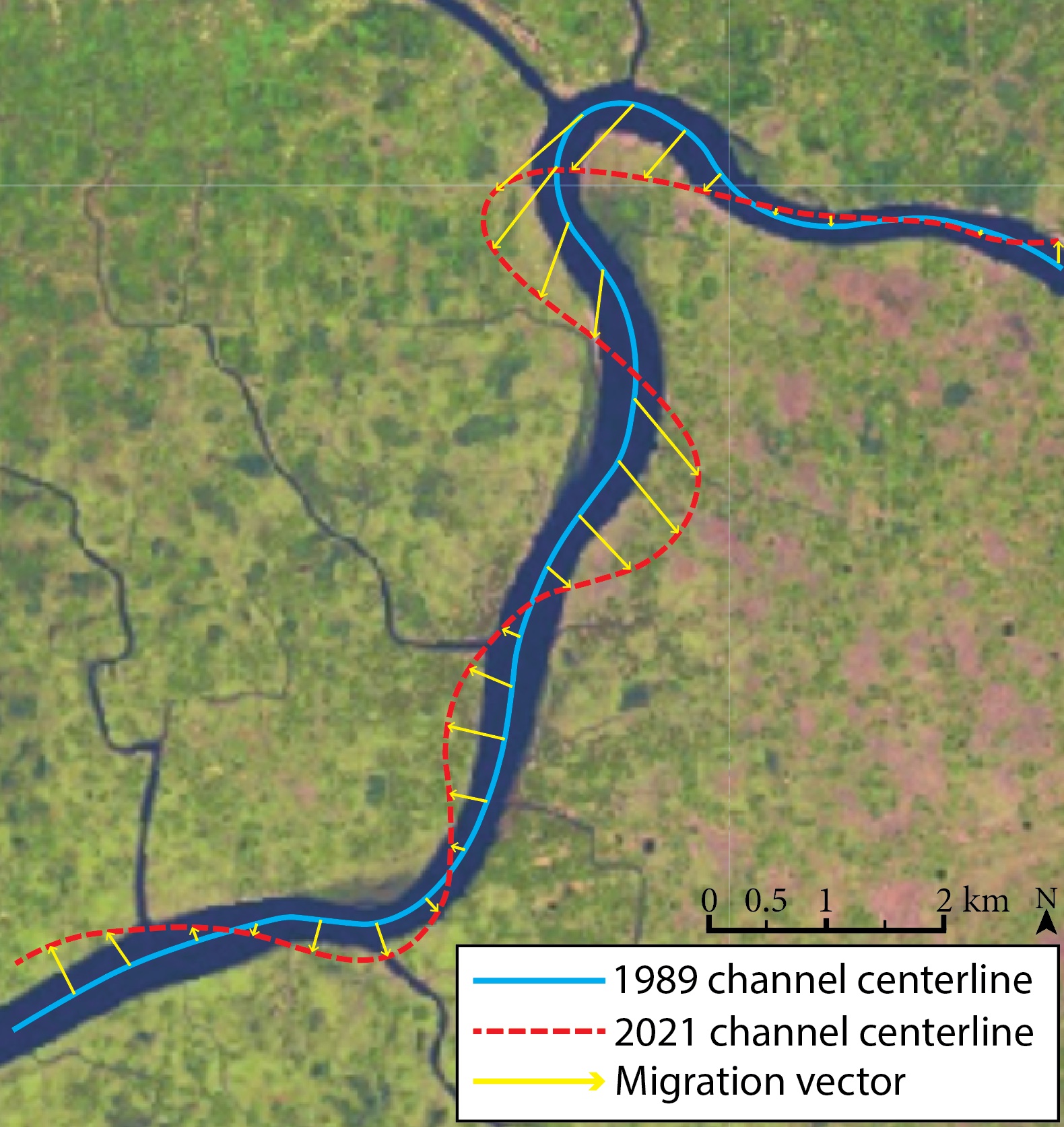 Average migration rates for each river delta help identify which areas are stable and which are experiencing major river shifts. The researchers also published more extensive data online that includes information about how different segments of rivers have moved over time. It could help planners see what’s going in rural areas vs. urban areas when making decisions about how to manage the rivers and what to do with development.

The researchers leaned on techniques from a variety of disciplines to compile the data and published their methods online. Machine learning and image processing software helped them examine decades’ worth of images. The researchers worked with Alan Bovik of the Department of Electrical and Computer Engineering and doctoral student Leo Isikdogan to develop that technology. They also borrowed from fluid mechanics, using tools designed to monitor water particles in turbulence experiments to instead track changes to river locations over the years.

“We got the idea to use tools from fluid mechanics while attending a weekly department seminar where other researchers at the university share their work,” said Tess Jarriel, a graduate research assistant in Passalacqua’s lab and lead author of the paper. “It just goes to show how important it is to collaborate across disciplines.”

Rivers that have high sediment flux and flood frequency move more as it is in their nature and part of an important tradeoff that underpins Passalacqua’s research.

By knowing more about these river deltas where millions of people live, planners can have a better idea of how best to balance these tradeoffs. Passalacqua, as well as researchers in her lab, have recently published research about these tradeoffs between the need for river freedom and humanity’s desire for stability.

Passalacqua has been working on this topic for more than eight years. The team and collaborators are in the process of publishing another paper as part of this work that expands beyond the centerlines of rivers and will also look at riverbanks. That additional information will give an even clearer picture about river movement over time, with more nuance, because sides of the river can move in different directions and at different speeds.