AUSTIN, Texas — A sodium-sulfur battery created by engineers at The University of Texas at Austin solves one of the biggest hurdles that has held back the technology as a commercially viable alternative to the ubiquitous lithium-ion batteries that power everything from smartphones to electric vehicles.

Sodium and sulfur stand out as appealing materials for future battery production because they are cheaper and more widely available than materials such as lithium and cobalt, which also have environmental and human rights concerns. Because of this, researchers have worked for the past two decades to make room-temperature, sodium-based batteries viable.

“I call it a dream technology because sodium and sulfur are abundant, environmentally benign, and the lowest cost you think of,” said Arumugam Manthiram, director of UT’s Texas Materials Institute and professor in the Walker Department of Mechanical Engineering. “With expanded electrification and increased need for renewable energy storage going forward, cost and affordability will be the single dominant factor.”

In one of two recent sodium battery advances from UT Austin, the researchers tweaked the makeup of the electrolyte, the liquid that facilitates movement of ions back and forth between the cathode and anode to stimulate charging and discharging of the batteries. They attacked the common problem in sodium batteries of the growth of needle-like structures, called dendrites, on the anode that can cause the battery to rapidly degrade, short circuit, and even catch fire or explode.

The researchers published their findings in a recent paper in the Journal of the American Chemical Society.

In previous electrolytes for sodium-sulfur batteries, the intermediate compounds formed from sulfur would dissolve in the liquid electrolyte and migrate between the two electrodes within the battery. This dynamic, known as shuttling, can lead to material loss, degradation of components, and dendrite formation. 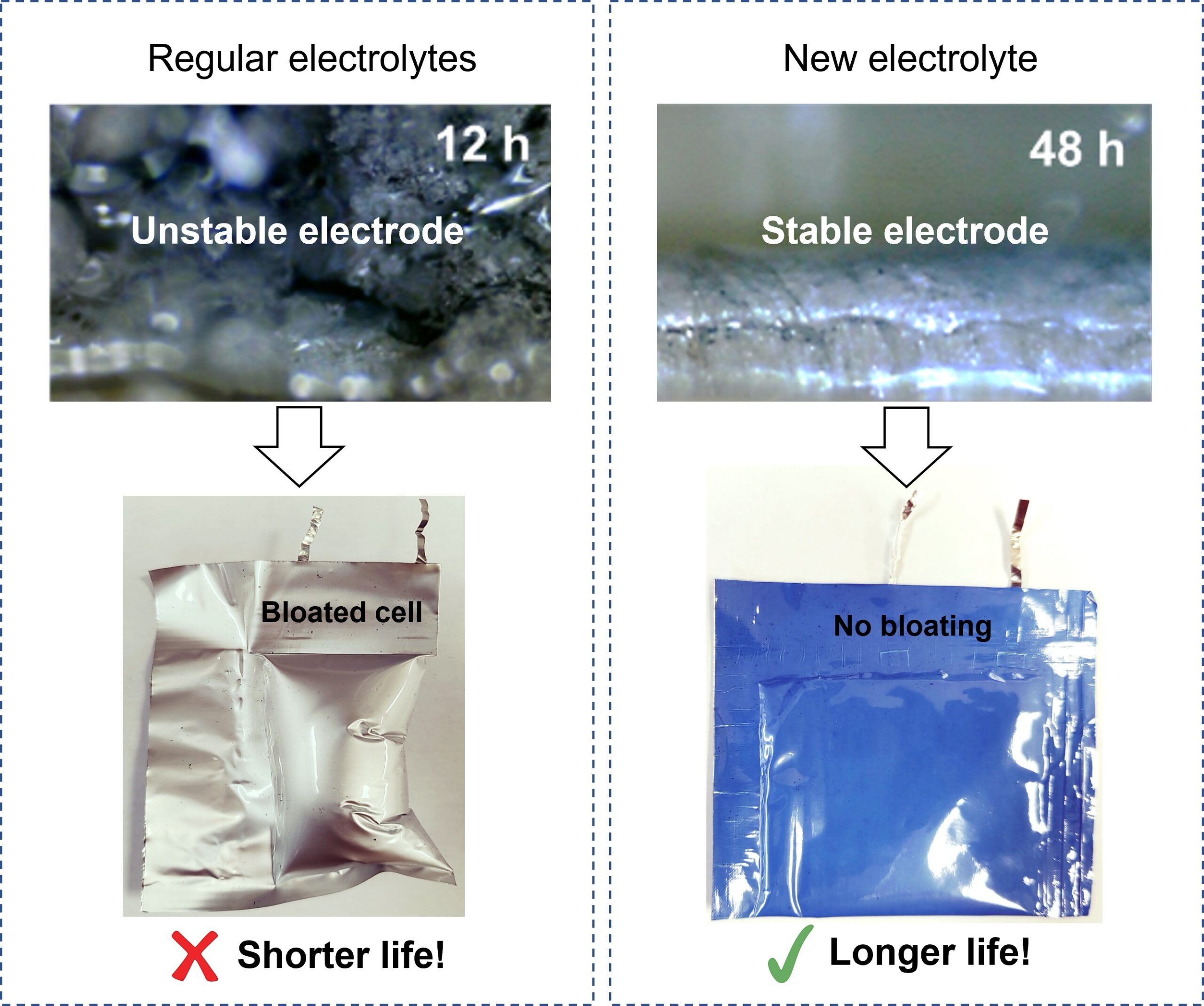 The researchers created an electrolyte that prevents the sulfur from dissolving and thus solves the shuttling and dendrite problems. That enables a longer life cycle for the battery, showing a stable performance over 300 charge-discharge cycles.

“When you put a lot of sugar in water, it becomes syrupy. Not everything is dissolved away,” said Amruth Bhargav, a doctoral student in Manthiram’s lab. “Some things are half linked and half dissolved. In a battery, we want this in a half-dissolved state.”

The new battery electrolyte was designed in a similar vein by diluting a concentrated salt solution with an inert, nonparticipating solvent, which preserves the “half-dissolved” state. The researchers found that such an electrolyte prevents the unwanted reactions at the electrodes and thus prolongs the life of the battery.

The price of lithium has skyrocketed during the past year, underscoring the need for alternatives. Lithium mining has been criticized for its environmental impacts, including heavy groundwater use, soil and water pollution, and carbon emissions. By comparison, sodium is available in the ocean, cheaper, and more environmentally friendly.

Lithium-ion batteries typically also use cobalt, which is expensive and mined mostly in Africa’s Democratic Republic of the Congo, where it has significant impacts on human health and the environment. Last year, Manthiram demonstrated a cobalt-free lithium-ion battery.

The researchers plan to build on their breakthrough by testing it with larger batteries to see whether it can be applicable to technologies, such as electric vehicles and storage of renewable resources such as wind and solar.

Other authors on the paper include Texas Materials Institute postdoctoral fellows Jiarui He and Woochul Shin. The research was supported by grants from the U.S. Department of Energy’s Office of Basic Energy Sciences, Division of Materials Science and Engineering.