In the race for the Republican gubernatorial nomination, Abbott enjoyed a lead over his closest challengers, with 60% of likely Republican primary voters preferring Abbott, 15% preferring former Republican state party chair Allen West, 14% saying they will be supporting former state Sen. Don Huffines, and three other candidates each receiving 5% support or less. 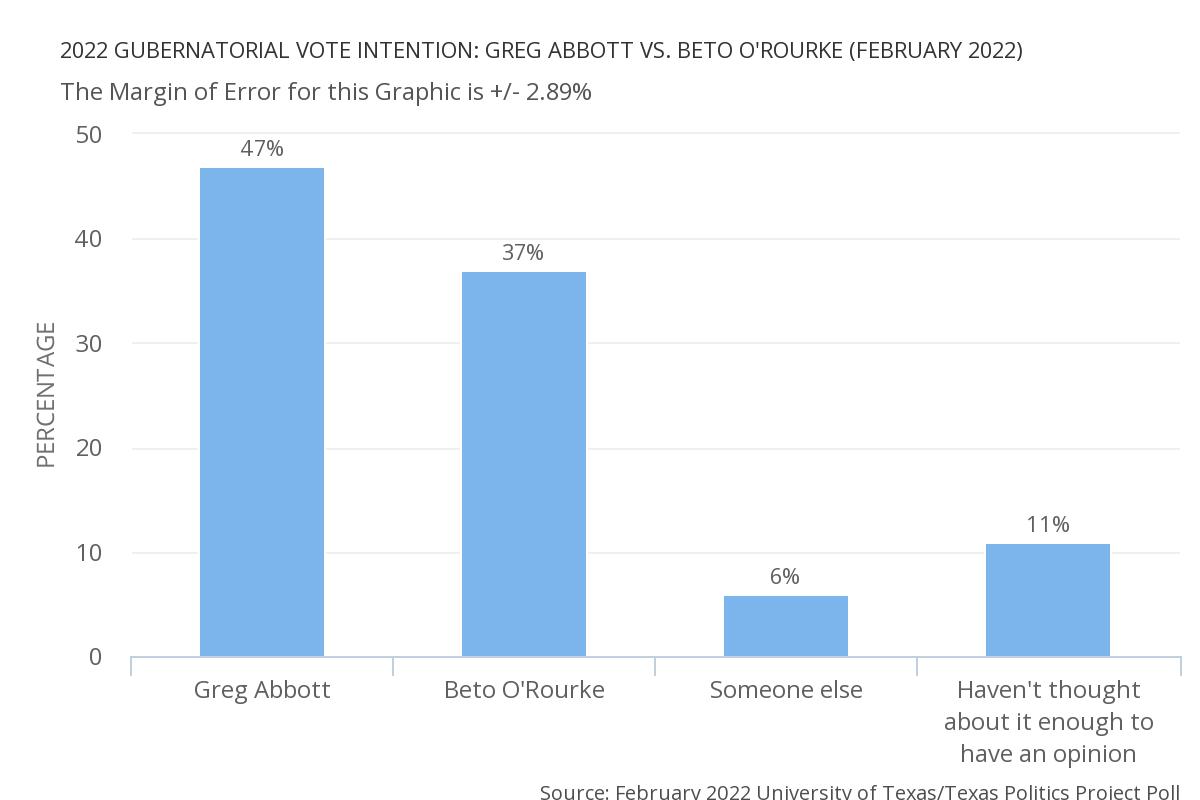 In the Democratic gubernatorial primary, O’Rourke enjoys a substantial lead over several lesser-known candidates as he was the choice of 93% of likely Democratic Party primary voters.

The poll sampled 1,200 self-declared registered voters in Texas between Jan. 28 and Feb. 7. The margin of error for the full sample is +/- 2.83 percentage points.

In other marquee primary matchups, Lt. Gov. Dan Patrick held a comfortable lead in his bid for the Republican nomination, with 82% of likely Republican primary voters expressing support for him. The Republican race for attorney general finds incumbent Ken Paxton with the support of 47% of likely GOP primary voters, placing him in danger of a run-off in the face of three strong challengers in double figures.

Turning to the economy, a large majority of Texans report feeling the effects of inflation. Eighty-eight percent said that based on their experience, prices for goods and services have “generally increased.” Among that group, slightly more than half, 51%, reported that rising prices have had a “major impact” on their household financial situation.

“The breadth of Texans’ experience of inflation and its impact on their households confirms the growing sense that inflation will likely loom large in the 2022 elections, which is yet another political headwind Texas Democrats could do without,” said James Henson, director of the Texas Politics Project at UT Austin, who along with government professor Daron Shaw founded the series of polls started in 2008. 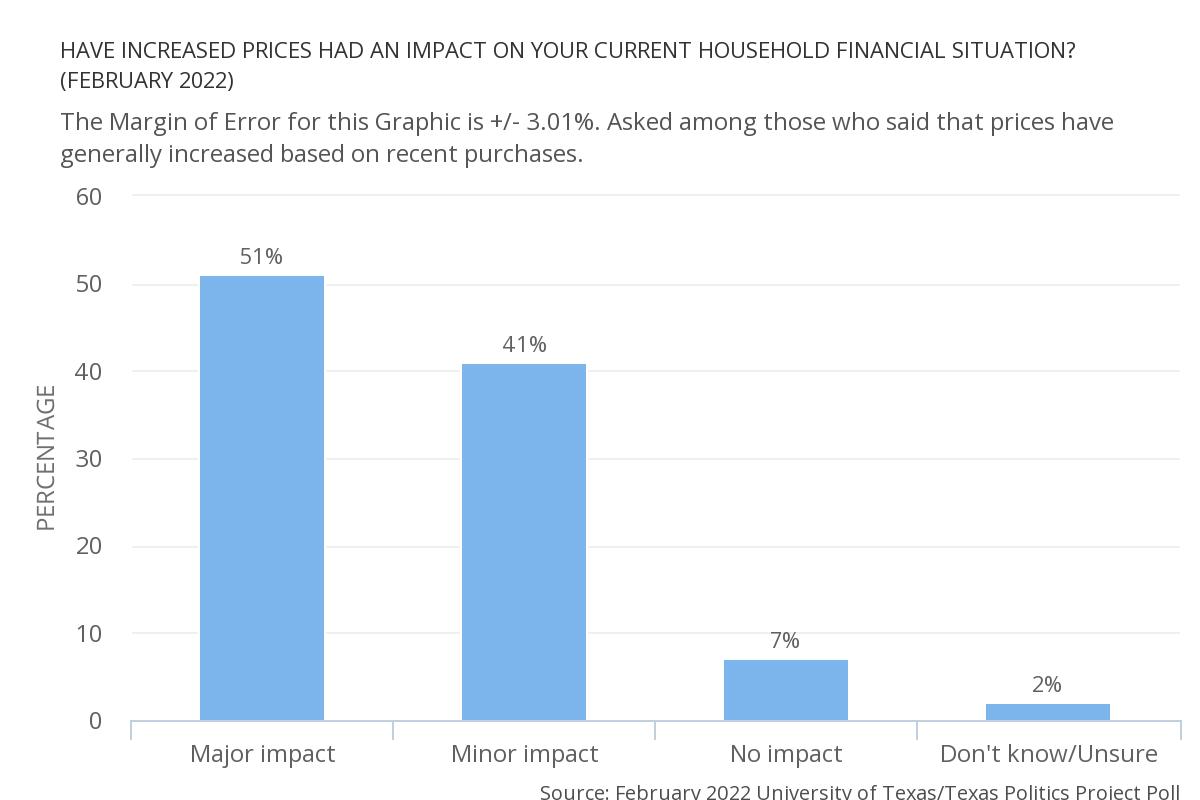 “Greg Abbott is the only elected official who elicited a higher level of approval than disapproval, and by only 2 points,” said Joshua Blank, research director of the Texas Politics Project. “Everyone else whose standing we tested is underwater, even though the intensity of the negative feelings we saw in the late summer and fall has relented slightly.”

The poll also explored Texans’ views on several prominent issues in recent months. Some of the results:

“The corrosion of Texans’ trust in the democratic process evident in previous polls has been worsened by the rhetoric and violent actions of those who have, without evidence or legal validation, refused to accept the legitimacy of the 2020 elections,” Henson said.

To see the full poll, please visit this link.