Summer is the perfect time to explore all Austin has to offer.
To keep cool and make the most of the season, check out our favorite summer spots. 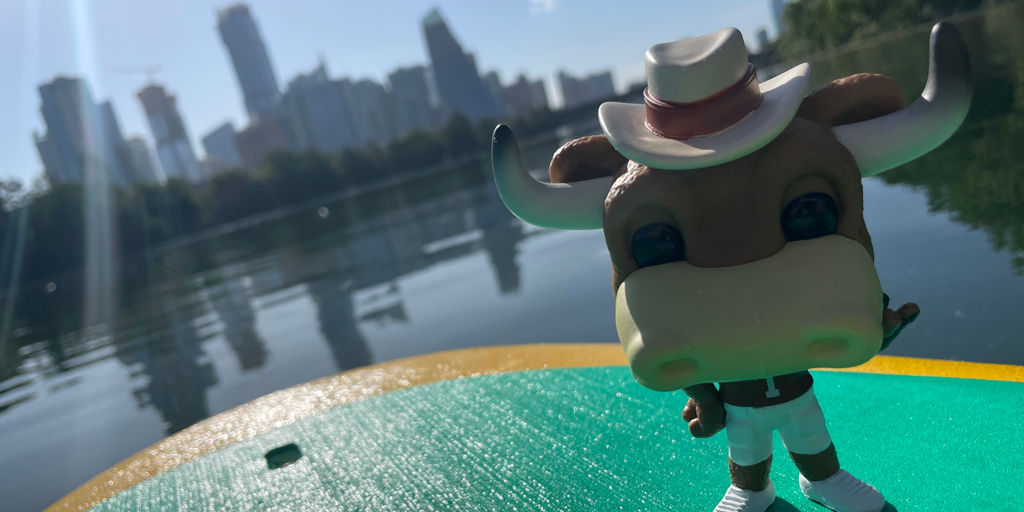 Located in the heart of the city and only minutes from our campus, Lady Bird Lake is one of our favorite summer spots.

To stay cool on summer days, Austinites and visitors pack the lake on paddleboards and more. With numerous access points, Lady Bird Lake is one of the most popular summer spots in our city, and you can also explore the area on the 10-mile Hike-and-Bike Trail, which circles almost the entire lower two-thirds of the lake.

And when the sun sets over Lady Bird Lake, you can witness an incredible display of nature. The Congress Avenue Bridge is home to the largest urban bat colony in the world, and spectators gather there on summer nights to watch the bats pour into the sky. 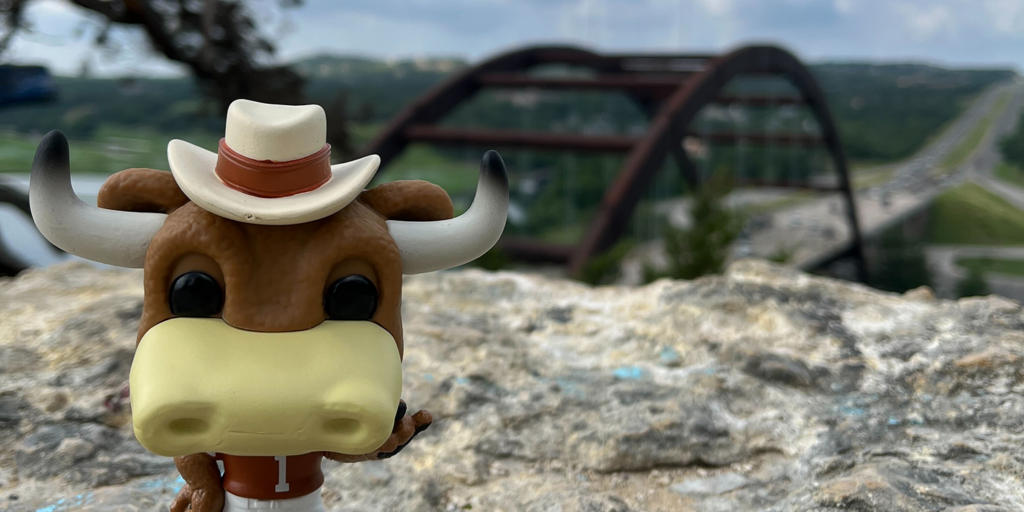 Have you experienced this famous Austin view?

Austin’s Pennybacker Bridge, also known as the 360 Bridge, is one of our favorite spots to catch a summer sunset. Named after UT alumnus Percy Pennybacker, the bridge and its iconic arches are one of Austin’s most recognizable landmarks.

Free to visit, an overlook next to the bridge gives you an incredible view of Lake Austin and can be reached after a short, steep hike.

Whether you’re boating below the bridge or soaking up the sun from the overlook above, this spot is the perfect place to visit during the summer. 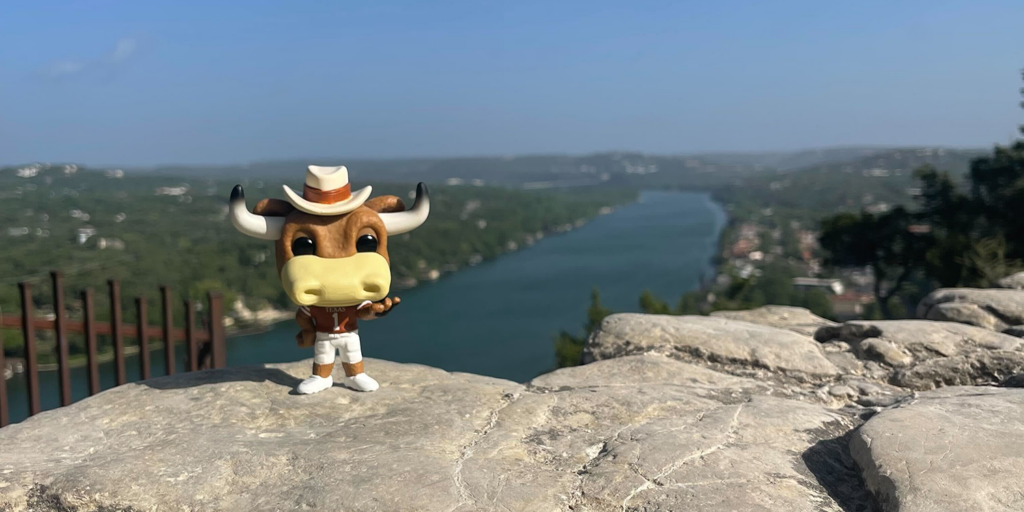 Have you been to the top of Austin?

Part of Covert Park, Mount Bonnell is one of the highest points in our city and is one of our favorite spots to spend the summer.

Hike up the short but steep trail of more than 100 stairs, and you’ll be rewarded with fantastic views of Lake Austin and a perfect place to watch the sunrise or sunset.

Though Native Americans first used the area, Mount Bonnell is named after George W. Bonnell, a frontier journalist in the Republic of Texas who reached the peak in 1938. But before Bonnell made it to the top, an earlier frontiersman, William “Bigfoot” Wallace, reportedly hid in a secret cave there while he recovered from cholera.

Since being donated to Travis County in 1939, tourists and visitors alike have climbed Mount Bonnell’s historic, limestone staircase in search of breathtaking views. In 1972, the land was conveyed to the City of Austin, and in 2006 it became part of the Balcones Canyonland Preserve, one of the nation’s largest urban preserves.

Accessing the trail and parking nearby are both free, and the trail to the peak is open from 5 a.m. to 10 p.m. daily. 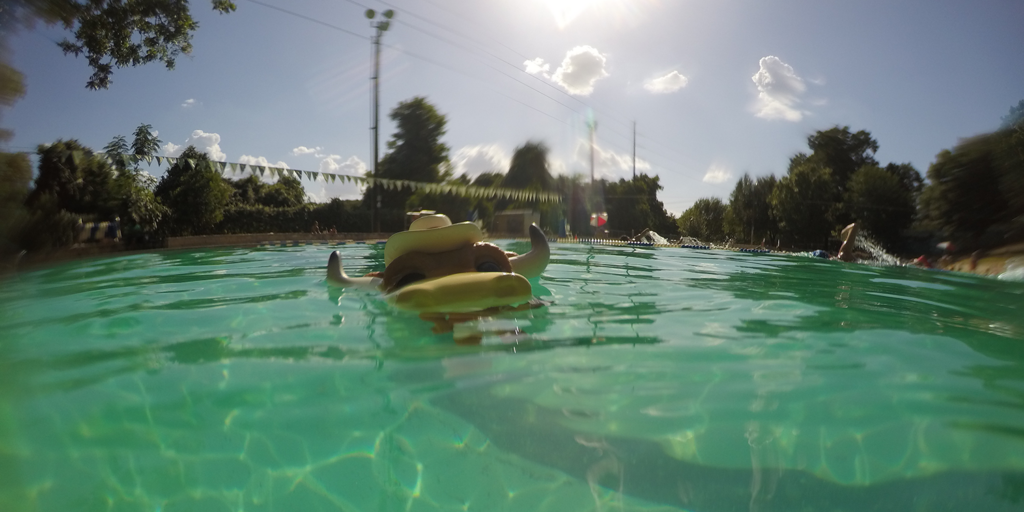 Have you cooled off in the oldest swimming pool in Texas?

Just minutes from our campus near downtown Austin, Deep Eddy Pool is one of our favorite summer spots.

Before Deep Eddy was a pool, vacationers and locals came here to enjoy a natural swimming hole in the Colorado River. In 1915, businessman A.J. Eilers Sr. purchased the land and built the pool.

Stop by Deep Eddy Pool from 8 a.m. to noon for lap swim or visit between noon and 8 p.m. for recreational swim. Admission is $5 for adults who are residents of Austin. 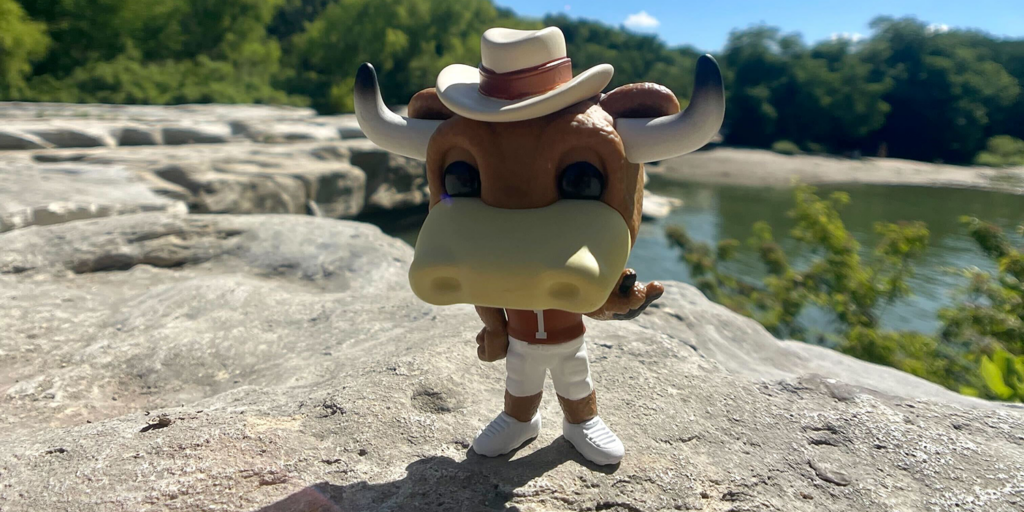 Looking to spend the day hiking and swimming under waterfalls this summer?

McKinney Falls State Park is a 641-acre park managed by the Texas Parks & Wildlife Department. In 1850, Thomas McKinney was living on this property along Onion Creek near a crossing of the El Camino Real. Between 1850 and 1852, McKinney built a two-story limestone home, gristmill and dam on his ranch.

After McKinney’s death, his widow sold the property to James Woods Smith. Members of the Smith family owned and farmed the land for several generations before donating it to the State of Texas in 1973. The park officially opened to the public in 1976.

You can camp at one of 81 sites, hike or bike nearly nine miles of trails in the park, go bouldering or have a picnic. You can also swim at the Upper and Lower Falls and fish at Onion Creek. The entrance fee is $6 for adults, and children under twelve get in free. The park is open daily from 8 a.m. to 10 a.m. 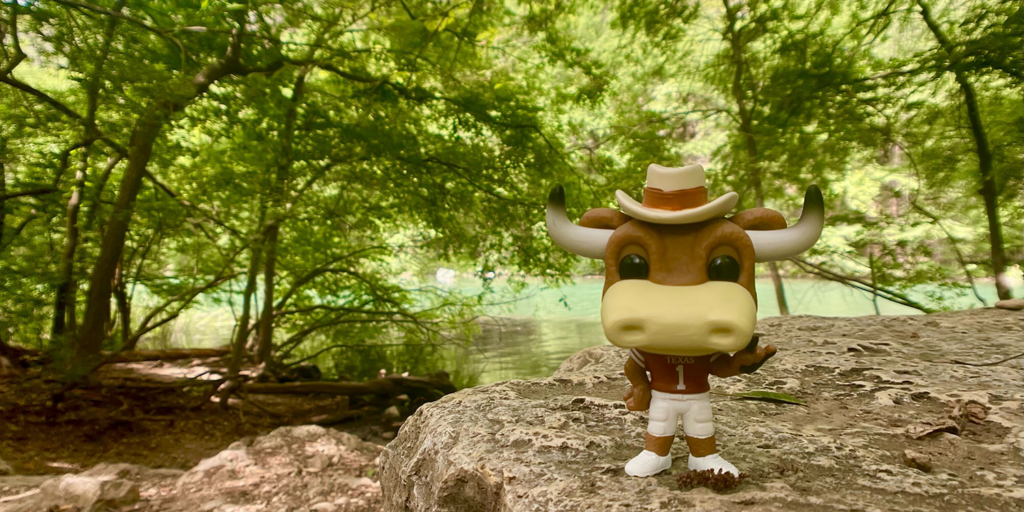 Just west of downtown Austin on Lady Bird Lake, you can find a quiet park to explore with your four-legged friends.

Located just below the Tom Miller Dam that separates Lady Bird Lake and Lake Austin, Red Bud Isle is a popular off-leash park for dogs and is a perfect place to paddleboard, canoe or kayak.

The 17-acre island offers a main walking trail for dogs and hikers to loop around the outer edge of the island. While the trail itself is only about a half-mile long, you’ll enjoy the scenic views at one of our favorite summer spots in Austin. The park is open from dusk to dawn and is free to get in. 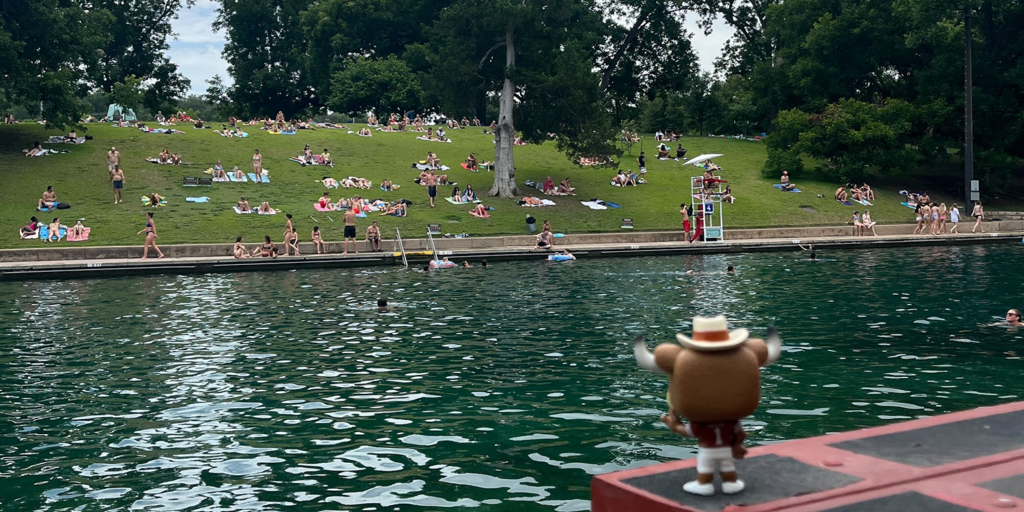 Is it really summer without a visit to Barton Springs?

A longtime favorite and a federally protected habitat, Barton Springs is 900 feet long and a cool 68 degrees year-round. Fed by an underground spring, this crown jewel of Austin is right in the middle of our city and offers the perfect place to take a plunge when summer hits.

Surrounded by 350 acres of Zilker Park, this naturally-fed spring has plenty of grassy areas for you and your friends to relax. Keep in mind Baton Springs does not allow coolers, glass or food.

Admission is $5 for Austin residents and $9 for non-residents.